The 11th Frame: It's a 'baseless claim' to say illegal PURPLE HAMMERs are being used on the PBA Tour, PBA Commissioner Tom Clark says
JEFF RICHGELS | Posted: Monday, February 10, 2020 9:00 am 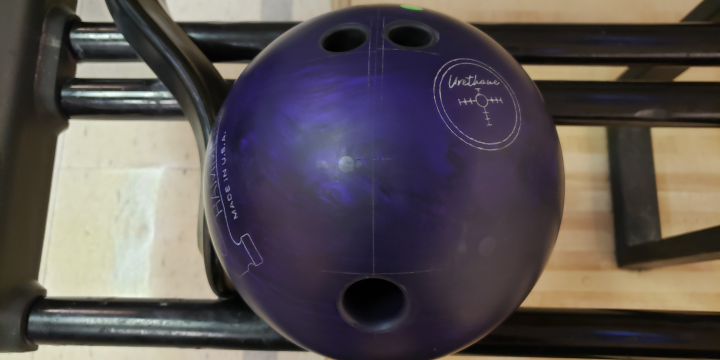 A PURPLE HAMMER that belongs to non-PBA member Chris Pounders. Photo by Jeff Richgels.
(Note: It is my style for 11thFrame.com to fully capitalize the names of bowling balls to make them stand out and be found easily by readers.) Are illegally soft PURPLE HAMMERs being used on the PBA Tour? It’s an issue seemingly everyone is talking about, but no player will talk about on the record. At least that was the case until Sean Rash broke the public silence during a recent appearance on FloBowling, and then J.R. Raymond discussed it on his YouTube channel. PBA Commissioner...