In my review of the original Storm CRUX, I noted how I initially struggled with the power of its ERG coverstock and asymmetrical Catalyst core before realizing that it was as advertised: a ball for heavy oil.

The CRUX always is in my bag whenever I’m bowling on any pattern with a serious amount of oil — and it’s sometimes the only ball I have that will make any kind of decent move. Never was that more true than in last year’s PBA50 Tour stop in Hammond, Indiana, on the 47-foot PBA50 Scorpion pattern.

When I heard the ALPHA CRUX would have an even stronger coverstock in the new GI-16 solid — a step up from the GI-15 solid in the LOCK — to go over the asymmetrical Catalyst core used in the CRUX and CRUX PEARL, I was more than a little concerned whether I wouldI even be able to use this Premier line ball.

As Storm’s marketing states: “There is discontent for oil in its veins. In its DNA lies caverns of porosity and cliffs so deep that the shell acts like oars on a canoe helping your ball turn the corner on command.”

Knowing how conditional the CRUX and LOCK are for my moderate speed and revs — great on a lot of oil; don’t bring it on less — those facts and words left me with some trepidation, especially with the ALPHA CRUX’s 2,000-Abralon box finish.

I would find out quickly.

I chose one of my favorite strong drillings — pin well above the fingers and key kicked a little to the right — that had worked well on heavy oil in a Roto Grip HYPER CELL back in my 15-pound days. Based on my PAP of 4 inches over and 5/8 up, the numbers are 4 7/8 pin-PAP, 3 3/4 MB-PAP and 2 1/4 pin buffer.

Within days of drilling my ALPHA CRUX, I competed in a Senior Scratch Bowlers Association tournament at Maple Lanes in Waterloo, Iowa. It was one of the heaviest oil house shots I’ve ever seen, with enough oil outside so there wasn’t a wet/dry reaction.

My ALPHA CRUX handled the oil, but was weak in the back-end. I wasn’t sure if that meant the ball needed more surface or actually was burning off energy too early even on the flood.

After that tournament, I tried the ALPHA CRUX a few more times with coverstock tweaks with similar results: weak motion and lots of flat 10s and light 7-pins. Then when I grabbed it harder to try to create motion, it would hook early and jump high.

Clearly, the cover and core was not a good combination for me — at least with the drilling I used. It was simply burning too early, even on a flood.

So before league last Thursday, I had Gregg Goldstein of the pro shop at Ten Pin Alley shine my ALPHA CRUX.

It still was too a tad strong for the Kegel Chichen Itza pattern, but the motion definitely was vastly improved, with much more energy retention and back-end motion: my weak 10s were now solid 9s and 4s.

In our State Tournament team event Sunday on a modified USBC White 2 pattern on Prairie Lanes’ Brunswick ProLane synthetics, the ALPHA CRUX finally showed me something I like.

My 257 first game consisted of six strikes, two half-10s, a high flush 7 and a turkey in the 10th. As we made the pair more wet/dry, I finally was forced to put the ALPHA away, but I could see that the shiny cover (with a light hand swipe with a 4,000-Abralon pad) was the right surface to make the ALPHA a weapon in my hand.

The best way I can describe it is that the cover is so strong it behaves like a ball with surface in oil even when shiny, and rolls with a very even motion — no flip, no hockey stick, just curve.

When we torched the track at State, the ALPHA didn’t jump high, it rolled high, or if I got my feet deep enough just burned too much and left a flat 10.

I see the ALPHA for me being a great first ball on house shots to control motion and handle the puddle without using heavy surface. It also should be good for Sport shots with enough volume, perhaps this year’s Open Championships minors pattern, which has a tad more in the middle than the team pattern.

Keep in mind that this is MY experience with the ALPHA CRUX. At a few months from 54 with a creaky, 3-operation wrist my ball speed, which never was fast, is downright slow to moderate at best. My rev rate probably doesn’t hit 300 these days, but with 14 pounds I can still roll it decent at times.

The bottom line is that means super strong balls aren’t ideal for me unless there is a lot of oil.

Someone who is speed dominant, whether it’s low revs and moderate speed or higher revs with a lot of speed, might love the ALPHA in its box finish or rougher.

Anyone who struggles with their ball shooting through the breakpoint, it with carry from not getting the ball to slow down properly might find a rough surface ALPHA to be exactly what they need.

I have seen Derek Eoff make the ALPHA with surface move very strong in the back-end so I know what someone with speed and revs can produce with it.

I feel confident in saying that the ALPHA CRUX is the strongest ball for heavy oil Storm and Roto Grip offer.

It has a smoother motion than the LOCK but rolls earlier and stronger, and it’s probably 2 to 3 boards stronger than the CRUX.

Do not buy the ALPHA CRUX if you're the type of bowler who struggles to avoid early hook and/or bowls at a center that uses very little oil — Storm and Roto Grip have meany other great balls for you! 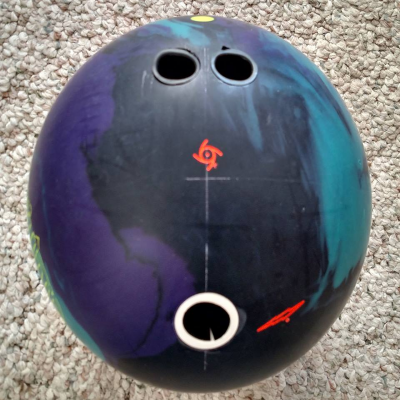 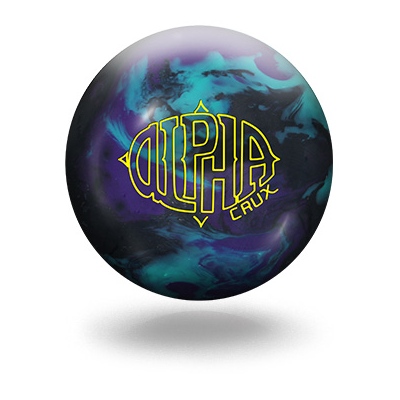 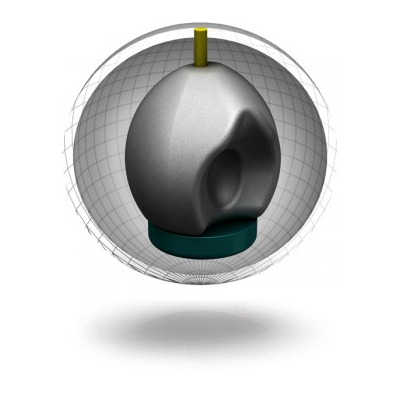