If you are thinking that the new Storm ROCKET SHIP is going to be just a stronger version of the ROCKET and/or SKY ROCKET, think again.

It is different. At least that is my experience so far.

For me, the ROCKET offered me something of a rolly lopiness that was almost skid/flip and was either great or bad, while the SKY ROCKET has been a medium-weak ball that is a good control ball with none of the lopiness of the ROCKET.

It’s odd because all of the balls feature the Booster core, which has a mid-range RG and moderate differential.

The ROCKET SHIP is closer to the SKY ROCKET in motion for me, but much stronger with its R2S solid coverstock over the Booster core.

If there is one ball I can compare the ROCKET SHIP to it is the famous SPECIAL AGENT, one of Storm’s most popular balls of all time and a favorite of mine for years.

The two balls both have the R2S solid coverstock, although today’s R2S is stronger than the R2S of when the SPECIAL AGENT was released in 2006.

One of the things I look for in bowling balls is the ability to change motion with changes in release and rev rate, although as I’ve gotten older and my wrist has gotten creakier that has become more difficult for me to do.

I have found that with strong asymmetric balls the ball characteristics are so strong (early strong revs from the core) that they are harder to manipulate than symmetrical balls, which is one reason I usually favor symmetricals.

The ROCKET almost seemed like an asymmetrical to me in that it always had that rolly lopiness no matter how I tried to manipulate it.

The SKY ROCKET and ROCKET SHIP are not like that.

The SPECIAL AGENT was a ball I drilled many different ways and loved for its versatility and the ways in which I could manipulate its motion.

So far, I am seeing the same thing with the ROCKET SHIP, which has become my newest benchmark ball for all but the shortest/lightest (where it’s too strong even shiny) and long/heavy patterns (where there are better options even when it’s at 500-grit).

My ROCKET SHIP has a standard pin over bridge drilling with the CG kicked right. With my PAP numbers of 4 over and 5/8 up, the numbers on my ROCKET SHIP are 4 3/8 pin-PAP, 3 3/8 “mass bias”-PAP and 3 pin buffer.

The box finish is 3,000-grit sheen, which is something new for Storms as it explains thusly: “The new Rocket Ship is encased with R2S Solid Reactive material but is a unique ball with a surface prep that is the first of its kind: 3000-grit Sheen. It undergoes the same process as a 1500-grit polished ball, but we added a final step by quickly and lightly hitting it with a 3000-grit Abralon pad, the industry standard. This smooths out the surface topography of the ball by lightly breaking up the polish that was applied creating a sanded profile with a smooth sheen appearance. Always with the bowler in mind, we developed this process to ensure an even, controllable, forgiving reaction for whomever rolls it.”

I have taken the ROCKET SHIP down to 1,000 and up to 4,000 and it dramatically changed reaction without making it unusable, which is similar to how the SPECIAL AGENT was, as I used it anywhere from 500 to shiny.

When I roll the ROCKET SHIP, I get a fairly smooth reaction, but I can get around the side of it more and create some angularity (by my raisin standards).

I really got to see the versatility of the ROCKET SHIP in a PBA Regional in Marengo, Illinois, on the 39-foot Viper pattern. The middles hooked more during Saturday’s qualifying and the ROCKET SHIP was too strong, but it was my best ball for much of Sunday’s match play. And I was able to attack the lanes fairly square with little back-end motion and latter with a fairly sweeping hook and strong back-end motion (again by my raisin standards).

On a wet/dry house shot I was able to move deep and cross the arrows from 20-board out as wide as I wanted and got controlled roll back to the pocket.

Roughed up to 1,000, it’s able to handle the high volume of the 2015 U.S. Open pattern going straight up around 5-board, although it wasn’t my best option.

Because it’s such a versatile ball that can do so many things, there is no one I can think of who I wouldn’t recommend the ROCKET SHIP for.

In fact, the ROCKET SHIP is a ball I would recommend for anyone who is looking for a benchmark ball they can use on almost anything — it’s a ball I’d absolutely include in my arsenal for tournaments where I don’t know the pattern or where there are arsenal limits. 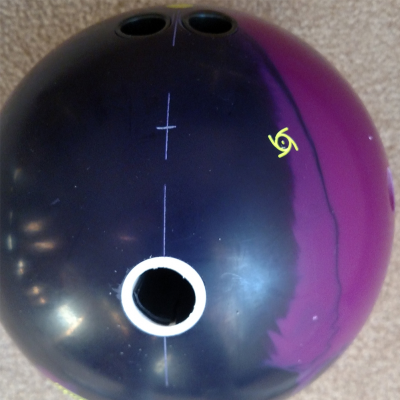 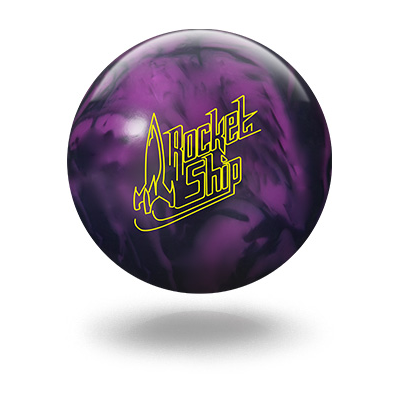 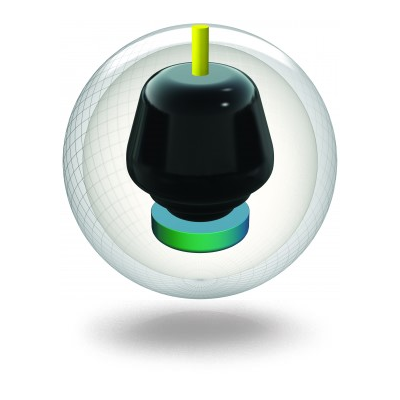