The Storm LOCK has been a ball I don’t use often, but when I do it’s been because I need it — meaning nothing else is giving me enough reaction.

The core and coverstock combination is so strong that I typically can use it only on the heaviest oil, but there have been times when nothing else worked and the LOCK gave me great reaction.

The most memorable occasion was an SSBA (senior) event in Waterloo, Iowa, on a super heavy oil house shot that I could get nothing else to react on strongly enough to strike as much as necessary. That included an ALPHA CRUX and a HAYWIRE.

I pulled out my high-pin LOCK with 1,500 Turbo sandbagger and moved in to swing it from between 10- and 15-board at the arrows and I had great reaction, averaging better than 250 the rest of the way and eventually ending up fourth.

However, the strength of the LOCK with my slow speed and moderate revs means I rarely can use it.

Knowing how good the LOCK motion can be for me, I looked forward to the SNAP LOCK, which put the new R3S Pearl cover that is the pearlized version of the GI-15 Hybrid coverstock from LOCK over the same RAD-X core.

I figured a little cleaner through the front could make it a powerful ball I could use more often.

I also chose to drill mine with the pin under the bridge and about a 60-degree drilling angle — the same as my LOCK, which had the pin over the bridge — giving me strong motion but hopefully earlier and smoother motion than the LOCK.

As is my standard practice, I hit the box shiny cover with a 4,000 Abralon pad and have since taken it as low as 1,000-Abralon with a used pad by hand.

And with some surface, it has proven to be a great ball on fresh Sport-level patterns, as I’ve used it to register strong opening games at both PBA50 Tour events I’ve bowled in the past month.

However, I also found that I had to put it away once the lanes began transitioning as it began to either bleed too much energy and hit flat, or when I moved into the oil it read the wet/dry too much as lots of heavy surface was being used, and it got too hard to control.

This did not surprise me as I often encounter this with asymmetric balls with my moderate speed.

I did find a good look using it at the end of a block on the 47-foot PBA Scorpion pattern where nothing else was giving me good back-end motion on the chewed-up pattern. I could get into the oil and the strong core and cover with surface I could get it rolling in the oil and had plenty of return to the right without overreaction.

The bottom line is that the SNAP LOCK is far from a benchmark ball — it just isn’t controllable and versatile enough. But when I’m looking for strong motion on even heavy oil, the SNAP LOCK has delivered.

I have tried the SNAP LOCK on a house shot where the dry is very dry and found it to be tough to control with my slow speed. But on heavier house shots, it should be dynamite.

It should be especially good for players who have high speed with medium to high revs, or strokers looking for some extra power.

As is typical of asymmetricals, the SNAP LOCK revs up quick and easily, making some head oil mandatory unless you really have high speed or low revs.

It handles oil better than the CRUX PEARL and also revs up harder and makes a stronger move than that asymmetrical.

Pin carry with the SNAP LOCK was totally dependent on ball reaction, which I think is a good thing because your carry will tell you whether to use it or put it away.

My sense is that the SNAP LOCK is going to be a ball people are either going to love or dislike.

Certainly, if you are a player who likes moderate reaction, the SNAP LOCK is not for you! 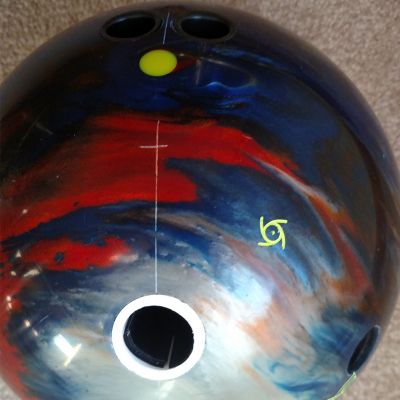 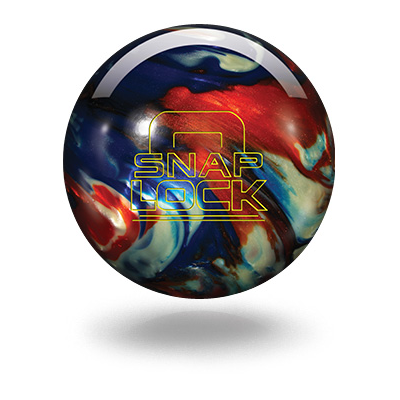 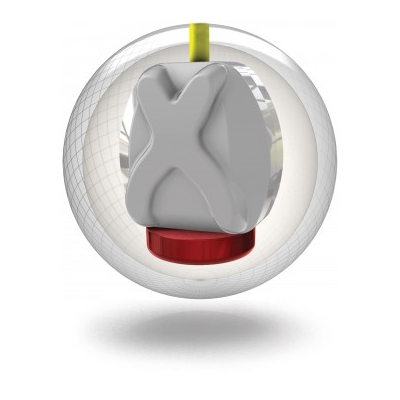