The SUPER NATURAL specs are here:

I had some quick success when I first drilled a urethane NATURAL after it came out a few years ago. That included nearly winning a PBA Regional on Cheetah with it.

It gave me great control at the predictable cost of sacrificing some striking power that you get with resin balls.  The one thing I didn’t like about the NATURAL was when I shined it up it would skid way too much in today’s oils. That meant I had to keep it relatively scuffed which often made it difficult to use on burned conditions.

So the NATURAL didn’t get a lot of use for me, even though my slow ball speed should make it a key niche in my arsenal.

So you can perhaps imagine my excitement when I heard about the SUPER NATURAL, with what Storm called a “super urethane” – U3S -- that would provide the control of the NATURAL with “a touch of aggression on the backend found in” the Reactor and R2S coverstocks.

I ordered a SUPER NATURAL as soon as I could and drilled it 4 x 3 x 5. The pin is partially drilled out by my ring finger and the CG Is kicked a bit to the right with about a 75-degree drilling angle. I have a small weight hole at about P2 to make it static legal.

The goal was a strong enough drilling to get it into a roll and be able to play on a wet/dry oil line like you see on many short patterns and wet/dry burn patterns. The shiny cover and U3S would hopefully give it just enough kick on the back end. It also should have more power than the NATURAL and your typical plastic ball due to the Turbine core, which gives it several inches of a track flare.

So far I have thrown my SUPER NATURAL on Brunswick Pro Anvilane synthetics on a wet/dry house shot and on a PBA Viper pattern on AMF HPL synthetics.

And it has given me about what I expected along with perhaps a little more reaction in one way.

It’s also enabled me to retire – at least for now – my polyester SOCCER BALL for spares.

On the wet/dry house shot, I could play down and in exactly as I expected. The only difference from my TROPICAL BREEZE was a smoother reaction on the back-end.

What shocked me was the look I had when I moved into the oil and swung it. Where my NATURAL would never have been able to turn the corner and return to the pocket, the SUPER NATURAL made a fairly strong move and turned the corner to the pocket, though it definitely wasn’t the snap you see with resin.

It reminded me of throwing a shiny urethane ball back in the pre-resin days.

On the fresh Viper, I was able to control my reaction with just a little less striking power and area than resin. That made me choose resin balls, but in retrospect that may have been a mistake as I was under after three games before recovering to miss the cut by just 13 pins at 80 over.

What really surprised me was how good it was for spares.

But the cover has not squirted too much for my taste yet and I can make the back-end reaction stay very controlled or pick up enough to take out the 8 in the 2-8, for example.

So I used it for spares in PBA50 Regionals on Viper and Scorpion over Memorial Day weekend and my only miss the entire weekend was a chopped 6-10.

Does this really matter? I think it does because it will allow me to replace my SOCCER BALL – which I would never use for strikes -- with the SUPER NATURAL – which may come into use for strikes.  That’s a logistical bonus for sure.

I think the SUPER NATURAL could be a great fit for many people, both for short and hooking burn patterns and as a spare ball. Even a straight player might find use for it in being able to stay to the right where resin balls might force a move to uncomfortably deep territory. 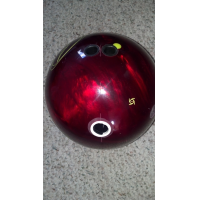 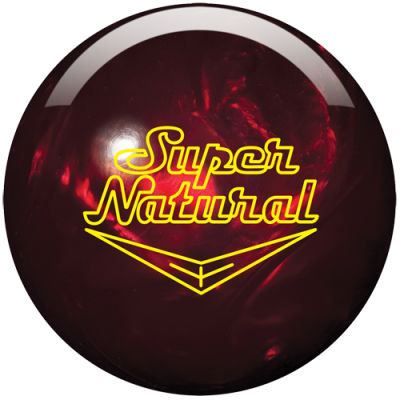 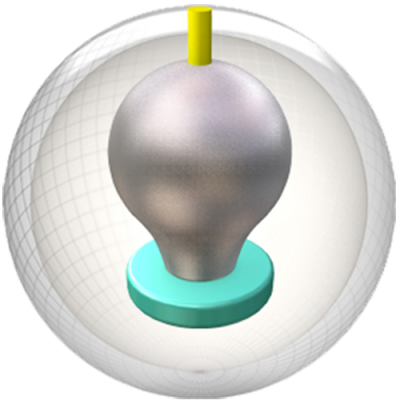