The PHAZE was a ball that I saw some negative comments on in social media I think because most people want to see balls go down the lane and make a sharp change of direction and the PHAZE absolutely does not do that.

The PHAZE is a very smooth, rolly, controllable ball that filled a hole in my arsenal that can be a hole in the arsenals of most tournament bowlers: I found the PHAZE perfect for controlling short patterns like Cheetah and wet/dry conditions with fresh light to moderate oil or broken down heavier oil. It doesn’t jump off the dry and rolls in the oil so long as it isn’t heavy or is fairly well broken down.

I do not use the PHAZE that often, but it can give me exactly what I need at times when no other ball does. And for that reason it remains in my arsenal and I plan to keep it for a long time.

I was curious when I heard about the PHAZE II because the core is the same low RG, high differential Velocity core used in the PHAZE. I wondered how much difference the reaction would be moving from the AX-16 Pearl coverstock to the TX-16 Solid coverstock.

Those who did not like the PHAZE should have no fear of the PHAZE II — the two balls are completely different in motion and others have seen the same thing. For example, fellow senior bowler and Storm/Roto Grip staffer John Brockland of St. Louis said in his review that “It's nothing like its predecessor!”

And Bowling This Month said in its review of the PHAZE II that “If not for its name, we would never have guessed that this ball had anything in common with the original Phaze.”

The PHAZE II has much stronger back-end and overall motion than the PHAZE. I can send the PHAZE II wide and it returns strong, although it’s not a flip or hockey-stick reaction that is tough to control — it’s much more a strong arc.

Storm technical guru Victor Marion explains the coverstock of the PHAZE II in this video.

I drilled mine with my favorite high pin strong drilling: pin over bridge with the CG kicked right.

The box finish is 3,000 Abralon and so far I have used it on the 44-foot PWBA Detroit Open lane pattern in league, and house shots at two tournaments, both of which I finished second in.

I had no chance with it on the PWBA pattern, as there is not much oil build-up in the middle on that pattern and the PHAZE II was simply too strong. (It might have worked with a shiny finish but you can’t change surface during competition.)

But in the two house shot tournaments, it was incredible.

The first was an SSBA senior event in Iowa where I shot 1,472 for six games in qualifying to earn the top seed, and the second was a Madison Area Scratch Tour tournament where I finished second using it the final two games when I had lost reaction and couldn’t find it with anything else.

In the Iowa event, the PHAZE II easily handled the huge puddle on AMF HPLs with ease, although my carry went away as it lane shined. But when I hit it with a used 1,000-Abralon pad by hand before the title match, I could jump left with my feet and had plenty of hook from the puddle. (I lost the match due to a pocket 7-10 in the eighth on a 4-bagger and solid 8-pin in the 10th on a strike.)

The MAST event was on old wood lanes, and although there was notnear as much skid as the Iowa event, I turned to the PHAZE II in match play when I wanted to jump deeper and smooth out the wet-dry by playing in the oil. And it worked great as I won 233-225 before losing the title match 246-221. My story on the tournament is here.

The PHAZE II is very strong, but also easy to control as many symmetrical balls are. I was able to play fairly straight with it when it was lane shined and I am sure that if shined it would get down the lane easily – I just have many balls that do that and the PHAZE II gives me so much with a rough surface that I have no intention of shining it.

Roughed up, it handles oil with ease — even with my moderate rev rate that these days probably doesn’t hit 300.

I actually was shocked by how much more hook there was in Iowa when I roughed the cover — and it didn’t hook early.

That is one of the beautiful things about symmetricals — a player with slow ball speed like me often has trouble using asymmetricals because they rev up and hook early — a good thing on fresh, heavy oil, but not good on less oil or when the fronts break down.

I would compare the PHAZE II to the Roto Grip NO RULES, which I’ve found to be a strong but fairly controllable ball for an asymmetrical. I would say the NO RULES revs up more and makes a slightly stronger move, but the PHAZE II is close in handling oil and overall hook.

And the carry I have seen is excellent, with some of the scores I have shot the evidence — at my age and using 14-pounders stringing strikes and shooting big scores isn’t as common as it once was.

Being a controllable symmetrical I would imagine the PHAZE II would be an excellent ball for tough patterns with more volume — the PWBA Detroit pattern didn’t have near enough. I haven’t had a chance to try it on such a pattern, but wanted to get this review up as release day is Tuesday, Oct. 4.

When I get a chance to try it on a tougher, higher volume pattern I will update this review.

I would recommend the PHAZE II for anyone, as tweaking the cover from shiny to very rough should cover all conditions for all styles.

The PHAZE II has become my new benchmark ball for all but dry conditions, and I think it can be for many people. 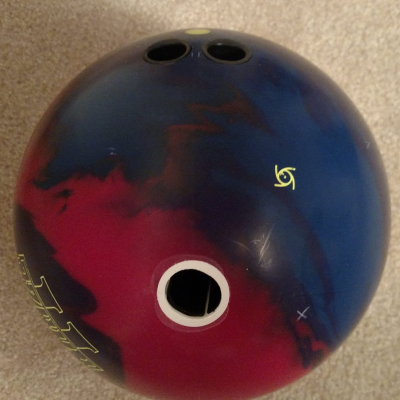 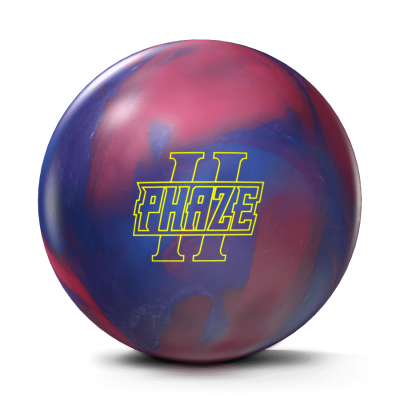 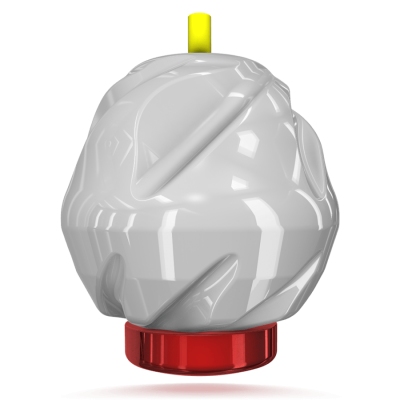