With my moderate speed and revs, asymmetrical balls typically are very conditional for me: The fast revving motion makes it hard for me to get them down the lane on all but heavy oil — at least those with solid and even hybrid coverstocks.

I think the last asymmetrical that I got a ton of use out of was the VIRTUAL GRAVITY NANO, which was one of my all-time favorite balls and was state of the art back when I still used 15 pounds, threw it harder and with more revs than I do now as a gimpy guy in his mid-50s.

Don’t get me wrong: I still have asymmetricals in my arsenal and use them on applicabe conditions.

The NO RULES is a favorite on heavy oil and the NO RULES PEARL and CODE BLACK are perhaps my two favorite balls right now, although I use both with no rougher than a 2,000 surface.

So I was intrigued but not super excited when I heard that the LOCK line would be getting a solid version, called the SURE LOCK, to go with the hybrid LOCK and pearl SNAP LOCK.

The LOCK was a ball I rarely used, but when I did use it it typically was because it was the only ball I had that would have any motion on the heavy oil condition I was facing. And it was fabulous in those situations a couple of times.

The SNAP LOCK was a ball that would go 268 or 279 on fresh and then barely 200 as the lanes transitioned and the carry went away. I have rarely had such a love-hate relationship with a ball.

I know there are some bowlers that swear by the LOCK line with its powerful RAD-X core, but they typically have a lot more speed and revs than I do.

Still, there is a place in any serious bowler’s arsenal for that ball that “hooks on ice” for those occasions when you encounter a flood of oil.

So I ordered a SURE LOCK, which puts the GI-17 solid coverstock over the RAD-X core.

However, after drilling my LOCK and SNAP LOCK strong, I decided to go with more of a control drilling on the SURE LOCK. My hope was to recreate the motion of a SYNC I liked — a strong ball that I could go square to the lane with.

So I contacted my doubles partner and great coach and ball driller Steve Richter for a VLS layout that would match that SYNC he had given me the VLS for.

I have yet to run into a true flood where the SURE LOCK would be my best choice, but I have used it a couple of times to tame down wet-dry reactions and it had done exactly that. It certainly does not have the tough-to-control motion the LOCK and SNAP LOCK did for me.

Basically, the SURE LOCK revs up early and very strong, and keeps rolling and curving continuously — assuming the lanes aren’t so dry that it burns up. I was surprised how few weak 10s I left as the ball didn't burn up near as much as I expected — it retained more back-end motion than I expected, though it was more of an arc, perhaps due to my control drilling.

I have seen others throwing a SURE LOCK with a strong drilling and getting some very impressive angular movement that seems unlikely for a strong asymmetrical with this much built-in traction, but was undeniable.

Storm says it is the most hooking ball in its line and I agree. I would characterize the SURE LOCK as a smoother, earlier version of the LOCK, and would put it as maybe 3 boards or so stronger than a Roto Grip NO RULES.

My SURE LOCK will be going to the USBC Open Championships for minors where it appears the pattern is tight.

Obviously, the SURE LOCK should be good for any bowler who wants something that will hook on very heavy oil.

Those with high revs but not high ball speed may need to smooth out the GI-17 Solid cover with perhaps a 4,000 Abralon pad and/or some polish.

Update: I plugged and re-drilled my SURE LOCK with a strong drilling of pin over bridge and the mass bias kicked right at about a 75-degree angle.

This ball is a beast with the strong drilling as I detailed in this report from a tournament I used it at. 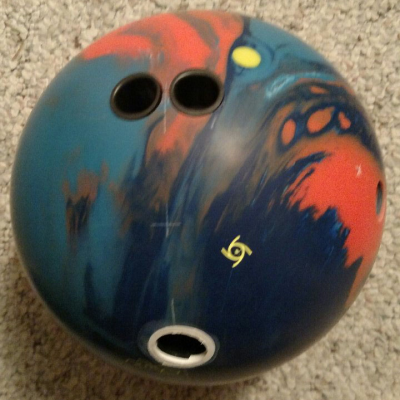 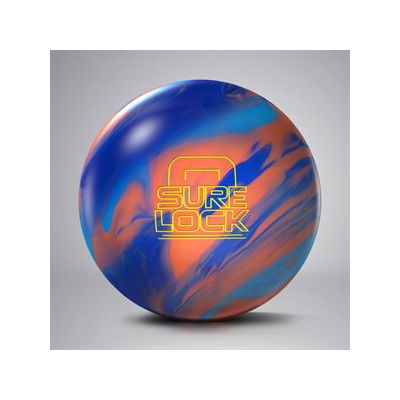 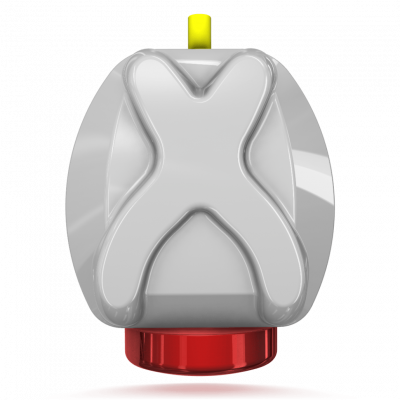