The new Roto Grip SHOW OFF can be summed up in one word: value.

The SHOW OFF is HP4 line technology in the very affordable HP2 line.

The core is the new Hotshot symmetrical and the coverstock is the ultra-strong Micro DNA solid reactive that was used in the original NO RULES, to me the earliest and strongest ball Roto Grip has made.

The SHOW OFF cover comes 2,000 grit and I have left it that way while using it on a very wet-dry house shot, a modified house shot, and the 2015 U.S. Open pattern.

For a drilling I went with a standard pin up with the pin above my middle finger and CG under my ring finger, slightly closer to my thumb. With my PAP of 4 over and 5/8 up, the numbers on the ball are 4 7/8 pin-PAP, 4 3/8 MB-PAP and 3 3/8 pin buffer. It is static legal so no weight hole was necessary.

As might be expected with the Micro DNA cover, the SHOW OFF is very strong and handles oil with no problem. It is not quite as strong as the NO RULES or NO RULES EXIST, but it’s close to the HP3 line DARE DEVIL TRICK for me, being a tad longer than the TRICK. The key is the SHOW OFF’s relatively high RG of 2.55 (same for 16, 15 and 14 pounds).

The SHOW OFF definitely is stronger than the WRECK-IT and WRECK-EM from the HP2 line.

My SHOW OFF handled a big puddle house shot with no issues, but was a tad too much for a lower volume, modified house shot on AMF HPLs at a recent SSBA senior tourney in Iowa. I could send it very wide and get it back with no problems, but if I didn’t get it wide enough and grabbed it, it would jump high.

It was close but not quite strong enough for the 2015 U.S. Open pattern at the 11thFrame.com Open in Dubuque in mid-August, tending to leave a 2-pin combination if I missed it at all when I got it into the huge volume of oil that pattern features. (The NO RULES EXIST was my best look there.)

The one thing I want to do with the cover that I haven’t had a chance to do yet is shine it and hit it with a 4,000 pad to see how much motion it produces and how well it handles oil. My hope is it would be a slightly less aggressive version of the NO RULES PEARL I love.

You really can’t get much more ball for the price.

I think the SHOW OFF can be a great benchmark ball for anyone who bowls on a decent amount of oil. 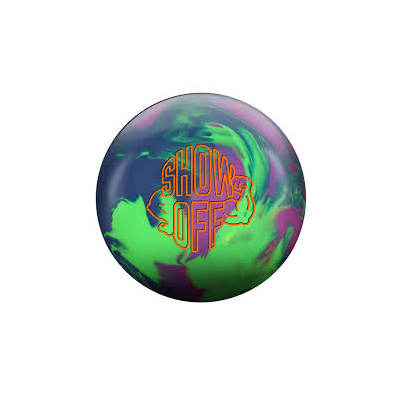 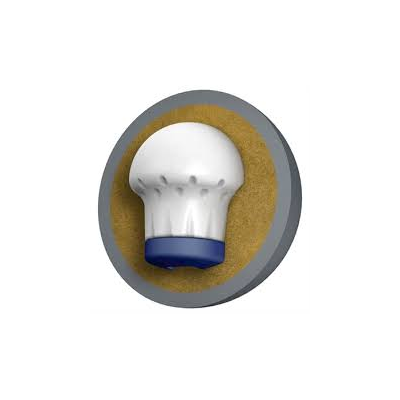