The Roto Grip HALO uses the same MicroTrax-S18 solid reactive coverstock as the Roto Grip IDOL, which just wasn’t a good ball for me with my moderate revs and speed, despite trying a couple different drillings and numerous surface changes.

I just couldn’t get any significant motion downlane on a consistent basis with the IDOL, even though many others do and the ball is very popular. (Keep in mind that I am the guy who couldn’t make the HY-ROAD or IQ TOUR SOLID work.)

So when the Roto Grip HALO was announced with the same coverstock as the IDOL I immediately looked to see what the core might offer different from the IDOL core.

The HALO, which is in the HP4 premier line, uses a new asymmetrical weight block called Centrum that promised different motion than the symmetrical IDOL with its Ikon core, although the RG and differential numbers are nearly identical. Asymmetricals and symmetricals just don’t roll the same.

I chose to drill my HALO with my standard pin over bridge and CG and MB kicked right, but no hole in accordance with the new USBC rule option, although the positive side weight was just slightly over 1 ounce.

I’ve used my HALO on everything from wet-dry house shots to Sport and challenge patterns that include PBA Don Carter 39, Kegel Statue of Liberty, and Kegel Route 66.

Obviously, the HALO needs oil to be useful, especially with my slow speed.

It has done a great job of calming the wet-dry on a house shot and the Don Carter pattern, but it was too much for Statue of Liberty, hooking way too early.

It appeared to give me a decent look on Route 66 in a local tournament, but that turned out to be a mistake, and I got a much better reaction when changing to my trusty Storm SURE LOCK.

The SURE LOCK got down the lane easier and made a stronger move compared to the HALO.

But I would not characterize the HALO as a ball that blows up way early, which was what I saw with the IDOL with my low ball speed.

I have yet to run into a condition with a super high amount of oil to truly test the HALO — the 11thFrame.com Open featured such a pattern, but the HALO’s 2,000 box finish was not enough.

The HALO motion definitely is stronger downlane than the IDOL, which means I’ll be keeping it in my arsenal. But I don’t know if it will ever be a more favored choice than my SURE LOCK.

And I do like the way it goes through the pins, keeping them low and carrying well when it has retained energy.

The HALO reminds me most of the Roto Grip NO RULES, though the HALO seems to be a tad more angular.

I would recommend the HALO for anyone looking for that ball that will handle any amount of oil.

High-rev players better have decent ball speed, bowl on a flood and/or shine the HALO up to be able to use it.

The HALO was awesome for me in our Senior CIty Tournament on a fairly blended house shot on fairly new synthetic lanes, as I detailed in this story.

The most astonishing thing to me about the HALO is how much it retained energy and how strong a move it made in the back-end considering how strong it is — I would say it is the strongest Storm/Roto Grip ball I’ve ever thrown, with perhaps 2 to 3 boards more hook than my SURE LOCK, which I should note has at least a couple hundred games on it.

When I got it in the puddle it still got into a roll enough to avoid 2-10 combinations, and when I got it wide it rolled up without quitting.

I literally was astonished by how it didn’t burn up and quit considering how strong it is.

Again, I would put it in the range of the Roto Grip NO RULES, but with strong down-lane motion and not as much burn-up. 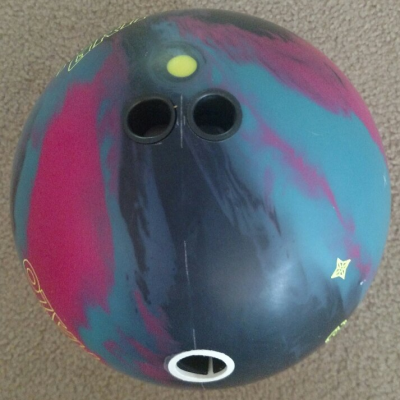 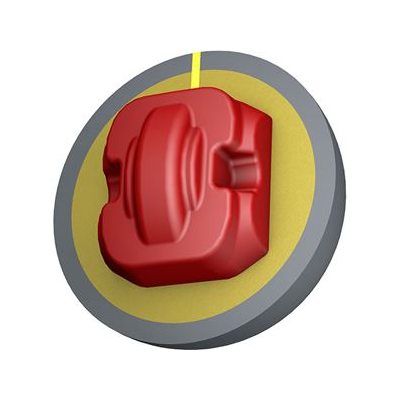