As my ball speed and rev rate have decreased with age, I’ve found myself relying more and more on weaker and control-drilled balls.

For example, my favorite balls of recent vintage include the Roto Grip ALL-OUT SHOW OFF, Storm PHAZE II and Storm TORRENT — all symmetricals that have fairly smooth motion.

So the new Roto Grip WINNER intrigued me when I learned that it was a symmetrical in the HP2 line with a modified version of the Hotshot core and a new coverstock called VTC-P18 in pearl.

So I figured it might be a nice companion to the hybrid A-O SHOW OFF, which I absolutely love on house shots with medium to light oil.

I used my standard pin over bridge and CG kicked right strong drilling that with my PAP of 4 7/8 over and 5/8 up produced numbers of 5 1/8 pin-PAP, 3 7/8 MB-PAP and 3 1/8 buffer. I skipped the weight hole under the new USBC option with the ball having positive side weight just slightly over 1 ounce.

As is my standard practice with box shiny balls — the WINNER is 1,500 polished — I hit the cover with a 4,000 Abralon pad to knock off the gloss and avoid over-skid.

I have used my WINNER on a variety of patterns and found it to be as expected.

It definitely makes a strong move when it makes its move, but the core has enough power to mostly avoid over-skidding considering it is a pearl.

Not surprisingly for my game, it tends to give me over-under on wet-dry house shots — a lot more than the A-O SHOW OFF, though the WINNER works well on more blended patterns.

I got an absolute stunner when I subbed in our local Sport league, the Ten Pin Alley Bullseye Masters, on the Kegel Statue of Liberty pattern, which is 47 feet long, with 24.73 mL and ratios of 3.05-1 middle-outside track, 2.67-1 middle-middle track, and 1.09-1 middle-inside track.

With just 24.73 mL of oil, my Roto Grip HALO was too much on the fresh and my Storm INTENSE FIRE was too much after the lanes transitioned a bit.

The WINNER was the only other ball I brought, so I pulled it out, figuring it wouldn’t be strong enough on the 47-foot pattern.

I did get one shot to the track too early and it jumped immediately through the face, but overall the WINNER provided great reaction. I had a potential game in the 240s going to the 10th when I brushed my leg on the downswing and lost the shot right, barely catching the 3-pin, then barely caught the head-pin on the spare attempt for an awesome 4-2 finish LOL!

I have not tried the WINNER with rough surface and don’t intend to as it seems to provide a nice spot in my arsenal as is, and I have a nice variety of surface balls right now.

I would recommend the WINNER for anyone looking for a strong pearl for medium to perhaps low volumes of oil, as well as shots that have transitioned where stronger balls simply pick up too early.

If you bowl on heavy oil and don’t see a lot of transition, there are better choices in the lines of Storm and Roto Grip.

And typically for pearls, it’s way too skid-flippy on a fresh challenge/Sport shots, but nice when the lanes have transitioned, as I found out on Statue of Liberty.

I think any style could use the WINNER, though it should really be beneficial for high-rev players looking for a ball that gets down the lane easily while still having some power.

And being in the HP2 line, the WINNER delivers a lot of bang for the buck. 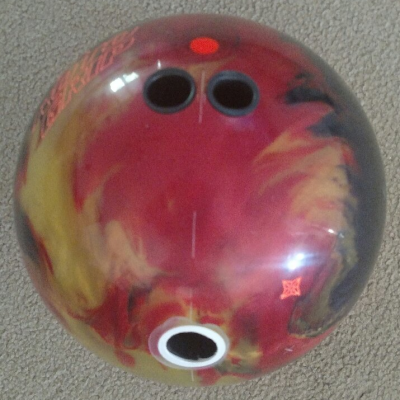 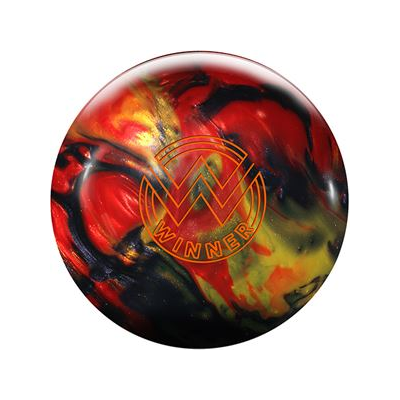 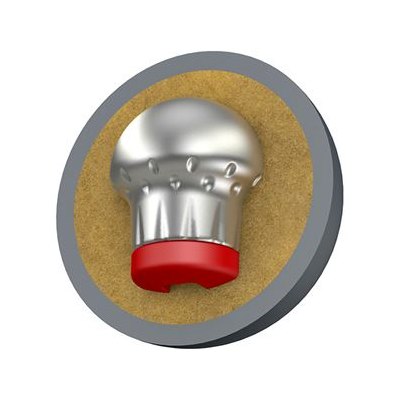