I am old enough to have been a top level competitor when plain urethane debuted with the AMF ANGLE in 1981. I can remember being astonished at how much the ANGLE hooked compared to polyesters like the Columbia 300 YELLOW DOT.

Of course, that means I lived through the debut of the XCALIBUR and what essentially was the demise of plain urethane.

After I became a Storm staffer in 1996 there were many years when I didn’t even own a plain urethane.

That finally changed after the turn of the century when I adopted plain urethane for spares and then in the middle of the last decade when plain urethane started making a very minor comeback for short patterns like Cheetah: I nearly won a PBA Regional on Cheetah in Belton, Missouri, in about 2008 with a plain urethane.

But the plain urethane boom only happened in the past five years or so, starting with high-rev players on the PBA Tour.

That in turn prompted ball companies to focus on making more and better plain urethanes, which prompted more people to use them.

The Storm PITCH BLACK was decent for me on short patterns with low volume, and remains very popular with a lot of high-rev players like Jason Belmonte.

Those players don’t often use the much stronger and high-flaring HOT CELL, which has been good for me mostly on broken down, wet-dry house patterns, but typically has been too strong for me on Cheetah-type patterns.

In January, I was watching the season-opening stop on the 2019 PBA Tour in which Jesper Svensson was using an orange ball I’d never seen. Knowing that Jesper almost exclusively uses urethane, I figured it was a new urethane.

A couple of messages and I learned it was the FEVER PITCH, a new urethane from Storm designed to be more angular than the HOT CELL or PITCH BLACK and somewhere in between in overall hook.

That sounded like a perfect prescription for an aging bowler with moderate revs and slow speed who needs a plain urethane for short patterns at times.

I went with my favorite low-pin drilling with a slightly stronger pin distance for my FEVER PITCH. With my PAP of 4 7/8 over and 5/8 up, the numbers for the ball are 4 3/8 pin-PAP, 4 1/8 MB-PAP, and 4 1/4 pin buffer. It has no weight hole as I am trying balls without a weight hole under the new USBC option, then adding a weight hole later if needed to change reaction. (I don’t plan to add a weight hole.)

I had the FEVER PITCH for some time before I finally figured it out and found a condition it fit for me.

I had no luck with it on wet-dry transitioned house shots, as it would hook in the dry and squirt in the oil. Even taking the 2,000-grit box finish down to 1,000 or 500 with CTD pads didn’t help much.

Even the short patterns I ran into presented issues, as they tended to have so much hook that I couldn’t square up, and I have so few revs these days that whenever I tried to give it away, I couldn’t get it to return consistently.

That all changed in a pair of 2-pattern tournaments April 13 and 20: the GIBA doubles and Riggs Classic. Chris Pounders and I cashed in the former after my awful 140 start before I switched to the FEVER PITCH, and I won the latter.

Both tournaments featured short patterns where the oil was heavier and more to the outside than, for example, Kegel BOARDWALK.

I was able to get my feet right, square up to the lane and go straight up outside 5-board rolling it as hard as a I could, which is not that much! When I got it in a little, it held, though too much left went high. And when I got it to the edge it would pick up and roll up.

Basically I learned that when I could play hold and not give it away, the FEVER PITCH was great for me.

The HOT CELL I can give away and it works much better for house shots that break down to a wet-dry. So I will be adjusting my arsenal based on that, sometimes bringing the HOT CELL and sometimes the FEVER PITCH.

I will always carry a plain urethane because it has been my spare ball for years.

For a long time, including when I went 90 clean at the USBC Open Championships (then ABC Tournament) in 1997, I used my strike ball for spares.

I later switched to polyester, but struggled as oils got thicker and volumes increased. That prompted a switch to urethane for spares to take away the issues I had with excessive skid with polyester.

Having a urethane for spares that sometimes is a strike option is a bonus.

If you’re a bowler uncomfortable with urethane, I don’t really see a need to have one.

But if you’re a player who could get good use out of urethane, the FEVER PITCH provides another option in motion different than the PITCH BLACK (weakest) and HOT CELL (early and strongest).

The only use I see with urethane on tougher patterns is in playing a conservative strategy trying to leave easier spares than the designers that reactive resins often leave in tougher patterns.

But when there’s dry boards and an excessive amount of hook, urethanes are a viable option many bowlers use in today’s sport. 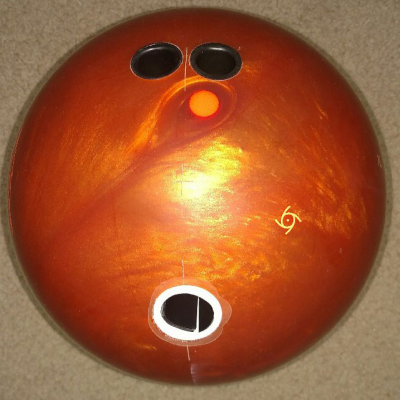 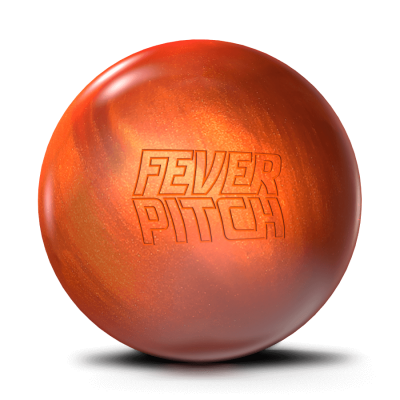 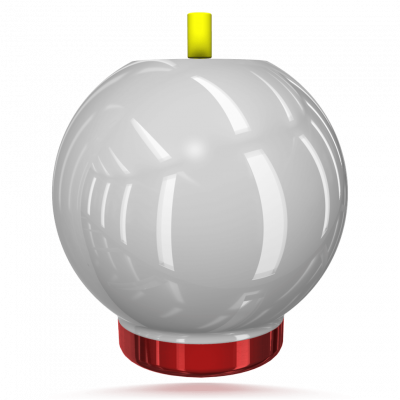