The Storm PHAZE II is one of the most popular balls Storm has ever made, particularly among high-level players who love its versatility that truly shines on tougher patterns. The PHAZE II is easily one of the best benchmark balls I’ve ever thrown, and remains a mainstay in my arsenal.

Needless to say I was excited when I heard there would be a PHAZE III. What’s interesting is that Storm didn’t just offer a hybrid version of the TX-16 Solid Reactive used in the PHAZE II.

And what a motion this combination produces.

As I quipped in a Facebook post, the PHAZE III is a ball even I can open up the lane with at 57 with a creaky 3-operation wrist that doesn’t deliver anywhere near the revs it once did.

I went with my standard strong pin-up drilling for my PHAZE III. With my PAP of 4 7/8 over and 5/8 up, the numbers for this ball are 5 pin-PAP, 3 5/8 MB-PAP, and 3 1/2 pin buffer. It has no weight hole. I roughed the box shiny cover with an old 2,000 Abralon pad before drilling, and I am glad I did because I think the reaction would be a little too much with the shiny cover.

My first experience with it was in the WSBT Over 40/Under 40 Doubles on a 43-foot Challenge pattern with medium volume on high-friction AMF synthetics.

Shiny/weaker stuff wasn’t enough and strong stuff was too early. Then I pulled out the PHAZE III and suddenly I was able to open up the lane and get out-and-back reaction with back-end motion. My partner Andy Mills and I lost a tough first match on a day we had the potential for a win.

I have seen the same reaction in other uses since that tournament, making the PHAZE III one of my new favorites.

The only struggles I’ve had with it are when the oil volume is very high, and a stronger solid is the better choice.

The bit of surface helps the PHAZE III burn just enough energy so that it doesn't automatically overreact and jump high when I swing it to the dry. What's been stunning is that when it looks like it is burning too much energy it still often digs out the 10-pin — something I don't see nearly as often as I once did.

While the strong motion was a pleasant surprise, the large amount of total hook of the PHAZE III also was a surprise.

The PHAZE III motion is similar to the IQ EMERALD, but with more hook. It’s in the same range of total hook as the ASTROPHYSIX, but the ASTRO has a quicker, sharper motion.

I have not had a chance to try the PHAZE III on a truly tough Sport pattern, but from what I’ve seen I think it would work great once there was some transition because it should provide more miss room to the right than most balls do on Sport patterns.

I think the PHAZE III could be used by any player, just as the PHAZE II was a ball anyone could use.

The only caution I would offer is that the PHAZE III may offer too much hook and motion for players who like to stay straighter. 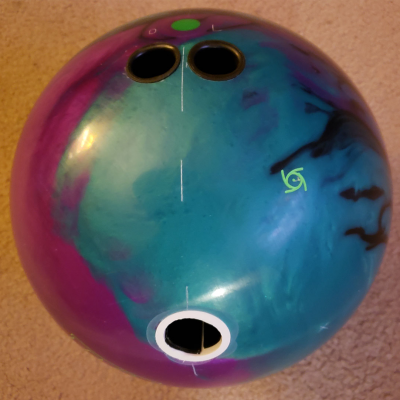 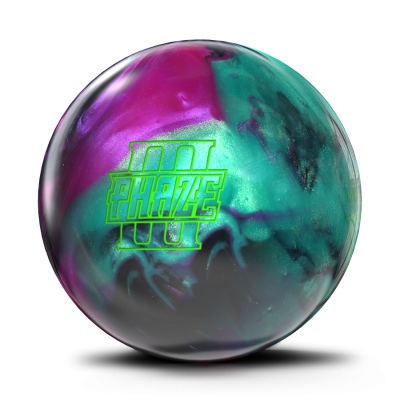 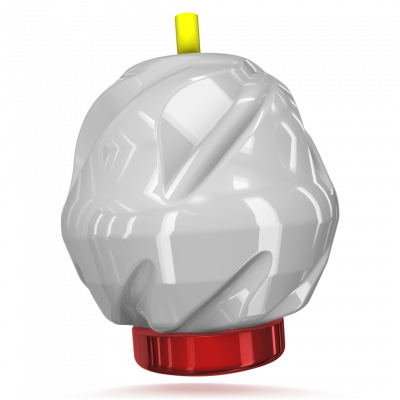