The Roto Grip TOTALLY DEFIANT is the pearl version on the DEFIANT SOUL, an asymmetrical and one of Roto’s most popular offerings.

I drilled a DEFIANT SOUL at the Senior U.S. Open and Senior Masters in Las Vegas and have not gotten much use of it. It’s a very strong drilling and it’s simply too much for most conditions with my moderate speed and middling revs. That's more a knock on me than the ball!

When I got my TOTALLY DEFIANT I decided to try a quirky drilling I had some great success with in a MARVEL – pin in my ring finger with CG and MB kicked slightly left. The drilling angle is maybe 105 degrees. The numbers work out to 4 3/8 pin to PAP, 7 1/8 RG mass bias marker to PAP, and 3 7/8 pin buffer.

That drilling has allowed me to play straighter with a strong ball than more standard drillings allow, and it’s one of those that when it works it’s fantastic and when it doesn’t it’s obvious not to use it.

So far that has been exactly how the TOTALLY DEFIANT has been for me — when it works, it’s great; when it doesn’t, there’s no question about it. (That's actually how it is for pretty much all asymmetricals for me — the core is so strong it's difficult to tweak my release to tweak the reaction as the ball's power rules its reaction.)

The most notable case of that was a PBA50 Regional on Chameleon where the lanes were hooking a lot, but weak balls skidded too much and were hard to control. The TOTALLY DEFIANT let me stand just a bit left of the middle of the lane and throw it to the track, where it hooked but in a controlled manner with a smooth back-end motion.

As a shiny pearl, it gets through the fronts well. But as an asymm it is strong in the mid-lane, with a quick and powerful change of direction. I imagine with a strong drilling, it would make an even stronger move and be more continuous in the back-end than mine with the quirky drilling.

As a shiny pearl, it does little for me on heavy, fresh oil. That’s where I use balls with surface! (I have not hit the surface of the TOTALLY DEFIANT because I typically prefer hybrids or solids with surface.) It also isn’t much use on a super burned out or very light pattern, which you would expect with a strong asymm — even a shiny pearl.

If you’re a fan of the DEFIANT SOUL, the TOTALLY DEFIANT should be a great companion ball. And it should be a solid choice for anyone who bowls on any conditions beyond light oil.

But because it's a powerful asymm, I don't think it will be the most versatile ball in anyone's bag. I'd pick something like the DISTURBED or DERANGED for that. 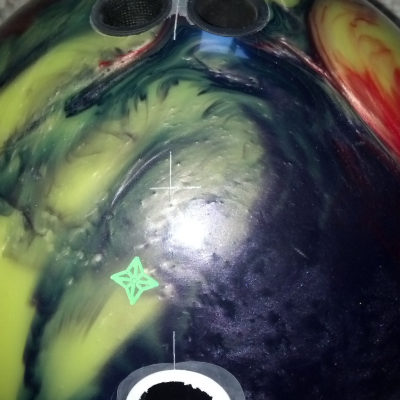 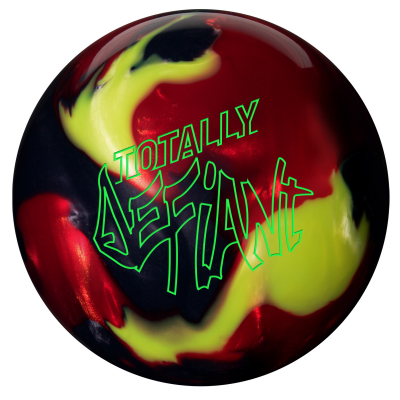 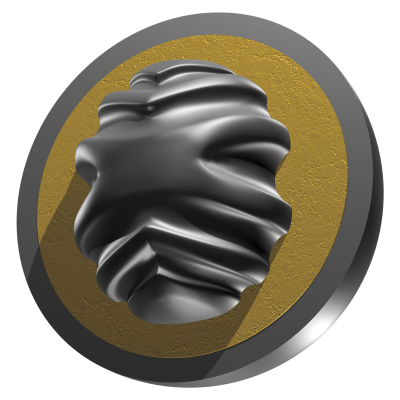