I was a giant fan of the VIRTUAL GRAVITY and wish I still had an undrilled one sitting around. I let the NANO replace my VIRTUAL, passed the VIRTUAL on and came to regret it. The NANO is a great ball that was key in our winning the 2011 USBC Team Eagle and I still have one, but it really needed a lot of oil for this Raisin to use it — much more than the VIRTUAL. I didn’t really fill that hole in my arsenal until I was allowed to throw Roto Grip starting last June and discovered the DISTURBED.

The ZERO, which will be released on March 4, is built on the success of the VIRTUAL, with the aim of providing a motion not usually seen in that type of ball with core numbers I’m told have never really been put in such a ball.

The coverstock is an upgrade, but what really makes the ZERO standout is the motion that comes from the core, which is designed to get the ball down the lane for a later breakpoint and sharper move than what you’d expect from a Premier line, strong asymmetric ball cover ball.

As PBA star Mike Fagan said in his ZERO video (paraphrasing) it’s an asymmetric with a little less asymmetry.

My drilling choice aimed to take advantage of that motion — it is the drilling I have in my still much loved and much used VIRTUAL ENERGY. My doubles partner and ball guru Steve Richter suggested it was a good idea to make the ZERO a potential complement and maybe even replacement (with an updated coverstock) for that ball. (Oils and balls both keep getting stronger.)

I absolutely love how my ZERO rolls. It definitely gets down the lane easier than the VIRTUAL GRAVITY and makes a stronger move off the spot. But it still needs oil in the 4,000 Abralon box finish, or rougher — I have taken it down to 1,000-Abralon by hand for a 44-foot WTBA Sport pattern akin to PBA Shark.

While it needs some oil — I have not tried it shiny — the ZERO is not an early rolling ball! In fact, I had a little trouble trying to use it on that 44-foot pattern when it was fresh.

But that is the design intent — it is meant to get down the lane and turn the corner more than most such strong balls. If you want an earlier rolling strong ball, grab a SYNC or NANO or Roto Grip HYPER CELL.

One of the things I love about Storm is they make such varied reacting balls — it isn’t just putting a new name on an old idea.

The ZERO has a decidedly different motion that I really have never had in my bag. When it works, it provides me a strong, rough surface ball that doesn’t hook early (so long as the lanes have some oil) and can turn the corner.

That can be bad on wet/dry house shots or conditions where you want a ball rolling early. But it’s awesome when you’ve got more oil than most balls can handle but want something that also will turn the corner.

To me, it has excelled the most on a heavier oil, tougher shot that has broken down some, but not so much that you need a shiny ball. Where a SYNC or HYPER CELL starts too early and/or doesn’t turn the corner and shiny just isn’t enough for me, the ZERO has been perfect.

I’ve also noticed that it’s not necessarily good for me on a fresh tougher shot where you want to go square because with my moderate speed and rev rate I have to give it away a bit, or it makes too angular a move off the oil line. Again, it’s a ball that’s best for me after the lanes have transitioned a bit.

It’s possible with a lower pin or VLS drilling, the ZERO would be fine for such situations. But I have not tried that, and for those situations I prefer to use my VLS SYNC or low pin MARVEL-S or something else I can go straighter with.

Jason Belmonte using it at the USBC Masters may be a perfect example of what the ZERO does, as I have rarely seen him throw something like a SYNC but he has been using the ZERO with great success. Here’s video of the ending of his perfect game in the final qualifying round.

I think the bottom line is simple: If you’re looking for a strong ball that gets down the lane and makes a sharper move than such balls typically do, you should love the ZERO. If that motion scares you, I’d stay away. 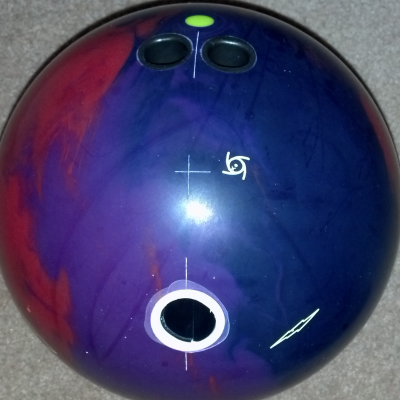 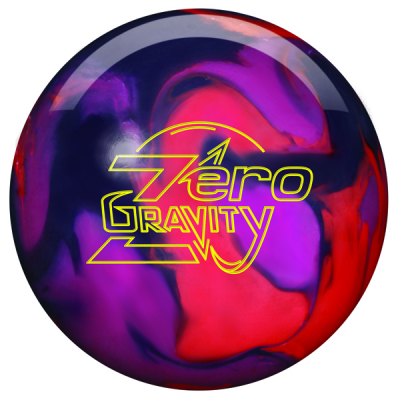 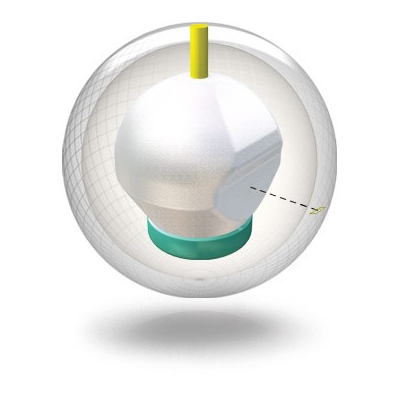