The striking thing (pun intended) about the new OPTIMUS, which will be released July 1, is the interesting new Tri-Sphere core, which Storm says “brings new meaning to the term 'power personified.' "

The RG for the Tri-Sphere core is in line with the Centripetal core of the Master line, while the differential is greater than the IQ TOUR but under the MARVEL PEARL.

The coverstock is the strong R2X pearl found in the MARVEL PEARL.

My first experience with the OPTIMUS was at the PBA Senior U.S. Open at Suncoast in Las Vegas the first week of June. After a brutal first round, Storm rep Jim Callahan mapped out an OPTIMUS with the pin under my bridge and CG kicked right at about a 60-degree drilling angle. It has a medium weight hole kicked to the right in line with my thumb. I hesitate to give the numbers because I’ve been messing with my grip and am not sure what my PAP is. The ball is pictured with this blog — sorry for it being a side view ... trying to figure out why it's square on my desktop but shows up in side view in this review.

I bowled on the fresh in the second round of the Senior Open so we hit my OPTIMUS with Turbo sandbagger 1,500 and then a 1,000 Abralon pad by hand.

I quickly noticed two things about the OPTIMUS: it gave me reaction no other ball in my bag gave me and it lane shined quickly. The lane shining may have been due to the heavy, nearly flat Senior Open pattern with Brunswick’s thickest oil. (I also saw this in the USBC Senior Masters with Kegel Ice oil.)

Regardless, the OPTIMUS got into a strong roll AND made a very strong back-end move, which was something I saw with no other ball in my bag in the Senior Open. My first two games of the second round with the OPTIMUS were 233 and 224, which were easily my two best of the tournament. (Yes, I struggled!)

I have since bowled with the OPTIMUS at the USBC Senior Masters, on a transitioned house shot, and on the fresh USBC Open Championships team pattern.

And I can unequivocally say that the OPTIMUS rolls like no other ball I’ve ever thrown, which makes sense since this is an entirely new weight block.

It rolls quickly and strongly similar to the SYNC, but not so early like the SYNC that it demands a ton of head oil, which probably is due to the R2X Pearl cover. Even with that quick and strong roll, the OPTIMUS makes a ridiculously strong move in the back. The move is more smooth than it is angular, however.

And likely because it’s “rolly,” it doesn’t seem to over-react on misses to the dry — a valuable trait for balls on house shots or transitioned non-house shots. I would think this would make the OPTIMUS a great ball for high-rev players who hate seeing their ball hit the dry, check up and jump high. It looks to me like the OPTIMUS will be forgiving on balls grabbed a little or sent wide early for all players.

As I said, the OPTIMUS was the only ball I had that got into a roll and consistently turned the corner for me at the Senior Open, and on more forgiving conditions it provides a ridiculous amount of miss room to the right. In fact, it took me a while to not be surprised by shots I thought were out the window turning the corner and coming back to the pocket — even on non-house shots.

The one negative I’ve seen with my OPTIMUS is that it provides me little miss area on shots cut short or pulled, which is logical considering its quick and strong roll. This does NOT mean I haven’t seen hold with it on good shots when properly lined up; it means bad shots are going high. And needless to say, this characteristic was more pronounced the rougher the surface of the ball.

The bottom line is that the miss room with the OPTIMUS definitely is to the outside!

The other notable thing about the OPTIMUS is that it keeps the pins low, which I believe generally makes for better carry. I may have a few more weak 10s with the OPTIMUS, but I’ve also seen fewer solid 9s, ring 10s, and blower/mixer 7s.

The OPTIMUS comes 1,500-grit polished but works well with rougher surfaces, though as I said it does lane shine quickly.

I am looking forward to the Tri-Sphere core with a solid coverstock, which should be a monster of a ball for oil. I would think that ball would have me retiring my SYNC.

I do like my OPTIMUS best with shine and actually plan to plug it and re-drill it with a pin over the bridge to get it down the lane easier and take advantage of its strength of providing generous swing area.

With the proper surface, I can’t think of any condition the OPTIMUS couldn’t handle, although slow speed and rev-dominant players likely would need a weaker piece for hooking conditions.

I can’t think of any style of bowler who I wouldn’t recommend the OPTIMUS to — it’s that good and versatile.

And the red, white and blue colors make it perfect for a Fourth of July purchase! 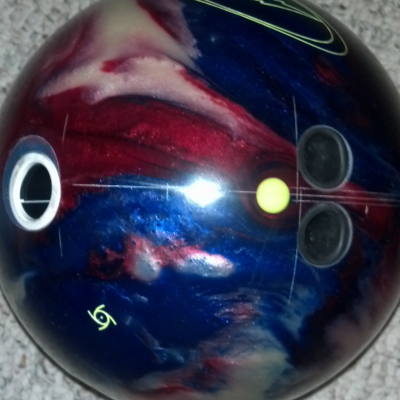 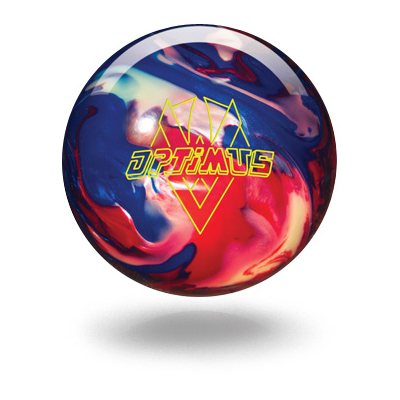 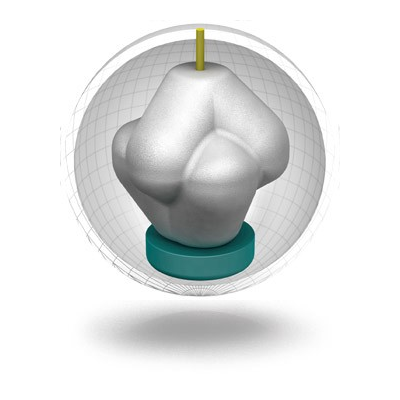