I chose to use the same drilling in my VIVID that I used in both my FRANTIC & MODERN MARVEL because I've had so much success with those balls and love the roll the drilling gives me. Adding the VIVID that way gives me a nice three-step change in ball strength with the same drilling.

Just as I expected, my VIVID turned out smooth and controllable. And just as expected it is VERY strong with the NRG solid coverstock, the same as the NANO. However, it is 2,000 grit Abralon where the NANO was 4,000 grit so it is even stronger (earlier) in box finish. The difference in motion from the NANO also comes from the different core in the VIVID – the M.A.D. – that to me produces a smoother reaction than theNANO's core.

My experience with the VIVID so far is the 47-foot Team USA Paris pattern and the 2012 USBC Open Championships pattern in a tournament Sunday. I have not had a chance to try it on a house shot.

The VIVD was solid onParisand got better as the night went on, with a great reaction from around 20 the third game, providing me roll in the oil and recovery off the dry we had burned in without over-reaction. My MODERN MARVEL just wouldn't make a strong enough move from in deep by the third game.

But on the 2012 OC pattern, the VIVID was a touch too strong. My MODERN MARVEL was my best look on the fresh and was rolling through the pins where the VIVID was tending to use too much energy and leaving weak 10s.

That didn't surprise me with my ball speed and revs on a 39-foot pattern with a medium volume of oil.

I would say in box finish for both balls, the VIVID is perhaps 3-4 boards stronger than the MM, which is 4,000 R2X hyrbid. But it's actually hard to put a number on a difference that is more about earlier hook than number of boards hook.

Also, I certainly could smooth and/or shine the cover and get use of it on such a pattern, but my goal was to add this ball to my arsenal in the range of my NANO.

How does it differ from the NANO?

To me, the NANO has a very tumbly and rolly action going on that requires heavy oil for it to comfortably get to the break point and not blow up. When it works it is incredible.

The VIVID also requires heavy oil but seems smoother and more controllable with the way it rolls more affected by how a person releases it than the NANO. The is both good and bad because it allows you to control ball motion more with release, which I like, but it also means that if you really miss a shot the core action won't help cover for your miss.

I feel confident that the VIVID provides more control than the NANO, although it might not be as dynamic and potentially powerful a striking force as the NANO.

I would say the VIVID could look good for just about anyone with surface tweaks. Someone who liked the dullness of theNANO but maybe had trouble controlling the core should find the VIVID perfect, and those who find the VIVID too strong in its box finish could smooth/shine it and use it on less than heavy oil. 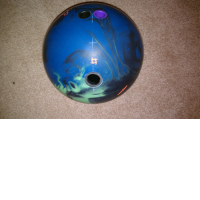 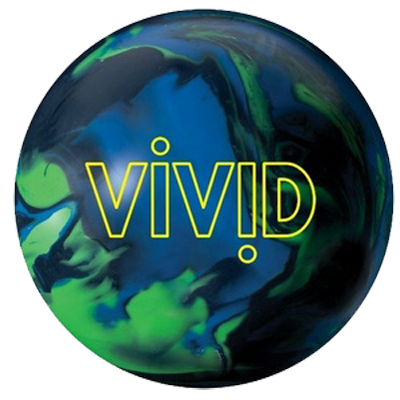 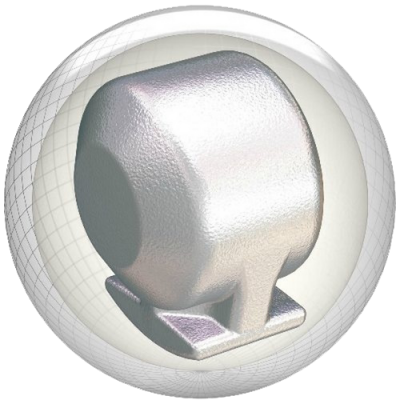