The SINISTER is Roto Grip’s latest HP4 line ball and for those looking for strong motion for oil, this powerful hybrid will not disappoint.

In an effort to take advantage of its power – and following the old adage of “drill a strong ball strong” — I drilled my SINISTER with the pin above and a little right of the ring finger and the drilling angle at about 75 degrees. A big weight hole was needed to get it static legal.

(I am not providing numbers on my drilling because I just don’t know what to use for my PAP numbers. For years, I used old numbers that I know weren’t accurate and my re-measured numbers came on one of my experimental grips that I gave up on as I returned to my long-time grip. I plan to get re-measured when I get a chance.)

Because of how strong it is, I’ve really only had one opportunity to use my SINISTER in competition: at the PBA50 Tour tourney in Hammond, Indiana where the pattern was the 47-foot PBA50 Scorpion. But combined with some practice on Sport and house shots, it was more than enough to give me a solid handle on the ball.

Essentially, I consider the SINISTER a great benchmark ball for higher volume patterns — it’s not so powerful and jumpy that I have to get left and open up my angles, which is a bad thing on many fresh patterns.

Especially on the second qualifying day in Hammond, the lanes were wet/dry and it was incredibly easy for me to leave a 2-10 combination when I pulled it.

On the first day, the lanes weren’t quite as wet/dry and the SINISTER was not my best option for carry.

If I could go back and do it over, I would definitely have pulled the SINISTER out earlier in the second day — it worked great when I finally got it out, including a final game 279 that ultimately left me in 26th place, two spots shy of the cut.

The SINISTER is a relatively easy review: It’s a strong ball that rolls very hard and continuously, assuming there is a decent amount of oil on the lane.

The combination of the new Cage core with the 76H hybrid cover is a great pairing.

I would say it rolls similar to the Roto Grip TOTALLY DEFIANT, but with a tad smoother motion. It’s also not far from the HYPER CELL, but gets down the lane easier and doesn’t make quite as dramatic a move. (The SINISTER lets me play straighter as a benchmark ball on that fresh pattern, where the HYPER CELL would make me get left and open up more.)

With the SINISTER, I don’t have to “fight” as much to get it down the lane as I do with the HYPER CELL, or the Storm SYNC. The SYNC and HYPER CELL may make a more aggressive move at the breakpoint than the SINISTER, but that just means I have different reactions to choose from.

I have no need to try it with a shiny surface, and have seen my best results with a rougher surface than the 4,000-grit box finish — 1,500 Turbo sandbagger has been excellent.

If you’re looking for a ball for heavy oil with strong but relatively smooth motion, it’s a great choice. Even players with high revs should be able to use the SINISTER on heavy oil. Those with low revs may want to drill it with a low pin, or perhaps choose the HYPER CELL.

I don't see the SINISTER getting much use on lower volume patterns, though it might work with a good shine.

I’m expecting to get a lot of use out of my SINISTER in wet/dry house shot tournaments during the coming bowling season. 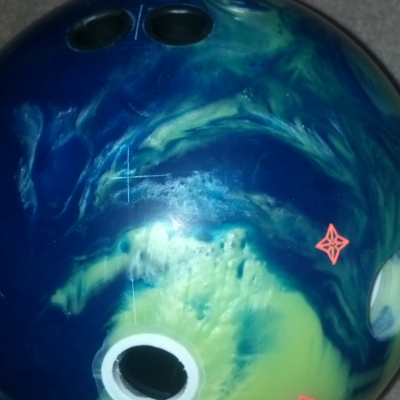 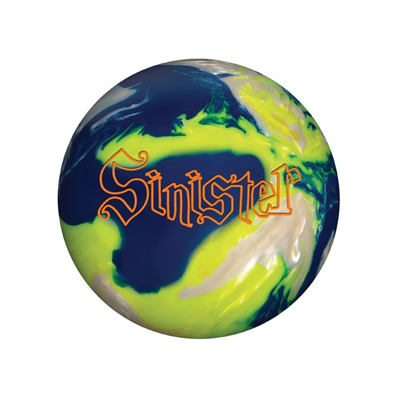 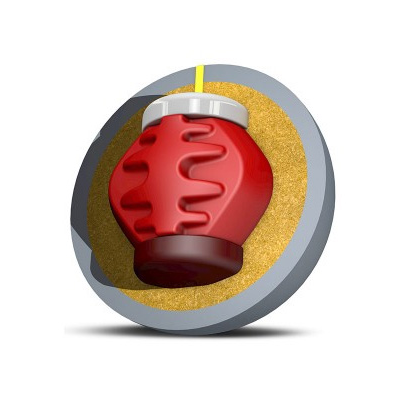