I know the Storm RIDE was released to the public in April, but even though I got mine after it was released I wanted to get a review up because I've gotten a few questions about it.

My review is simple: The RIDE goes as straight as any reactive resin ball I have thrown since the TROPICAL BREEZE.

In fact, that is the ball I would compare it to since both balls feature the Hybrid Reactor coverstock that Storm aptly says "refuses to acknowledge friction in the heads."

The difference in the two balls is that the RIDE features the Cruiser core while the TROPICAL BREEZE featured the Camber Core. The Cruiser core is more aggressive and that makes for more motion.

I have had some success with the TROPICAL BREEZE over the years, including in my PBA50 Tour debut tournament in 2012. I made it to the top eight in that tournament and might not have made match play without the BREEZE, which is very valuable when the lanes have a ton of friction and you're looking for control but more early skid and hit than a dull urethane may provide — I have kept my PITCH BLACK urethane fairly dull.

The problem with the TROPICAL BREEZE was generating motion downlane once there was even the slightest carrydown or tightness.

The RIDE's stronger core gives me that motion, even on longer patterns with light oil that the Reactor coverstock can handle. It flares a bit, but not a lot. And it most certainly doesn't bounce off the dry.

When nothing else gets down the lane and/or can be controlled, the RIDE can be a lifesaver, and I'll always take mine to tournaments where I think there's even a chance for a ton of hook.

But let me be clear about the RIDE: It is NOT a ball for any significant amount of oil. It's a ball to keep in your bag for when you hit an old wood lane surface and/or a very hooking condition when the main balls in your arsenal just don't work and you want something with more back-end motion than a urethane.

High-rev players may find more use for the RIDE, but even they probably won't be able to use it on any significant amount of oil. 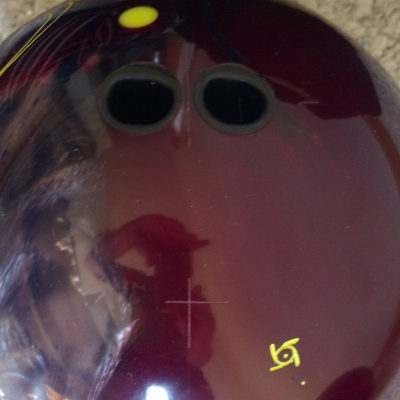 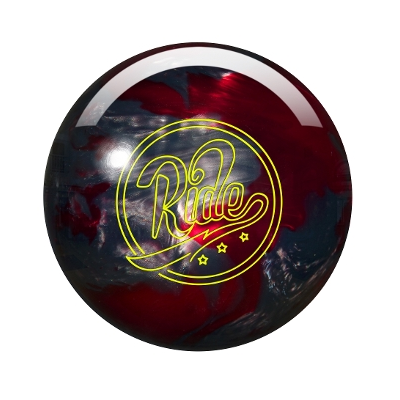 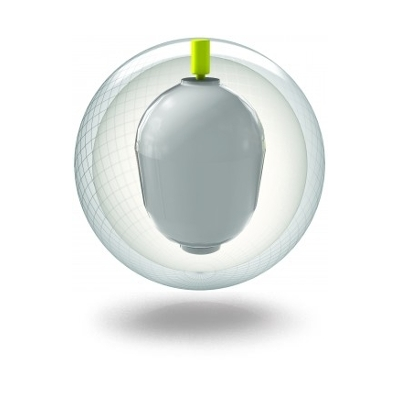