The LUCID ball details are here:

UPDATE 1/31/13 — I never did re-drill my LUCID but forgot to update this blog until someone asked. My decision was based on trying the SYNC and seeing it as a superior ball to the LUCID — I now have 3 SYNCs.

UPDATE 11/1/12 — I wanted to update my review of the LUCID after using it quite a bit more. I am most impressed with how much I can use it on fairly hooking conditions, which may be a factor of my control drilling along with not taking the surface down from the 4,000 Abralon box finish.

So long as there is some head oil, I have been able to use it on patterns as short as the 37-foot VIPER and 39-foot CHAMELEON and those were on Guardian.

The main weaknesses I have found are conditions where the back-ends have gotten tight, but again that may be a function of my control drilling. I also might be able to eliminate that problem by making the surface rougher, although that would mean earlier hook.

Storm says its design intent with the LUCID is to "create some serious backend hook . . . without sacrificing any midlane traction and performance."

To do that, Storm created a new coverstock called ERG (Evolution Reactive Genesis) that utilizes similar technology as the NRG used in the NANO but without the Nano technology used in the NANO. That makes it closer to a pure reactive, meaning it gets down the lane easier than the NANO and therefore can break sharper in the back-end. The LUCID's ERG pearl cover comes with a 4,000 Abralon finish.

The LUCID weight block is the M.A.D. asymmetrical. The M.A.D. also is used in the VIVID, which has the ERG solid cover used in the NANO.

The VIVID had a much smoother reaction than the NANO — almost too smooth for my taste — so my hope was that the LUCID would fall between the NANO and VIVID. In essence, I hoped for a less aggressive ball than the NANO but a sharper mover than the VIVID.

From everything I had heard before drilling mine, the LUCID did fall in that middle ground, with a strong enough move that I could use an old favorite control drilling to get a great ball combining power and control.

That would be the way I drilled one of all-time favorite balls — my original VIRTUAL GRAVITY. The first time I used that ball I won the Iowa Open in November 2008 on the flat U.S. Open pattern playing a direct line out around first arrow where almost no one else played. I previously used the drilling in a VERTIGO that I used for years on tougher conditions, as well as a SECRET AGENT that was a great ball for going straight with power.

The pin is above and left of my middle finger, with the key just to the right of my thumb hole. This controls the motion excellently while still allowing the ball to provide plenty of power.

I have used it on a modified Kegel Winding Road Sport pattern and wet-dry house shots on Brunswick Anvilane and ProLane synthetics.

And it has proven to be exactly what I aimed for.

On the house shot, I don't have to open up my angles an extreme amount and can go fairly straight up the oil. And when I swing it to the dry, it doesn't have that instant snap high. Yet the power and carry are impressive.

The best testimony for how it works on tougher shots is my final game at last weekend's Fusion Realtors Open. I was 135 under after seven games mostly trying to finesse a variety of shiny balls and finding nothing but ugly reaction. I did not imagine I could use a ball as aggressive as the LUCID, but with nothing to lose the last game I tried it. The fact that I was moving in front InsideBowling.com's webcast cameras also played a part — I figured I'd get some video of the ball for people to see.

The funny thing is the "experts" in the booth — Mike Flanagan, Matt McNiel & Rob Gotchall — were saying about the third or fourth frame that I needed just what I'd been struggling with the whole day. So we all thought alike — and TOTALLY WRONG — as naturally, I blasted a 255. Ya think I wished I had used it sooner? I was a dumb bowler that day!

For a little more detail, my blog on the tournament is here:

I would describe the LUCID's motion as somewhat early but without much  difficulty in getting it to the spot – that Fusion Realtors shot was hooking a ton in the middle yet I was still able to get it down the lane fairly easily. Where the LUCID excels is when it starts making its move to through the pins, where it is strong but without any jerkiness and with plenty of continuation.

My carry with it so far has been amazing as the LUCID tends to keep the pins low as it rolls smoothly through them. I would not look for a lot of pins flying across the deck but I would look for plenty of unexpected kicked out 10-pins on half-hits.

I would say the LUCID appears to me to be worthy of all the hype, combining the best virtues of the VIVID and NANO.

The one caution I would give is that I drilled my LUCID with a control drilling so some of the controllability I love in this ball might not be there if you put a strong drilling in it.

I truly believe there are way too many pro shop people and bowlers who drill way too many balls way too strong when a weaker, control drilling would make for a much easier to use, more versatile ball with plenty of power.

I do intend to drill another LUCID with a stronger drilling but it won't be a super-strong drilling —probably a 5-inch pin or so. 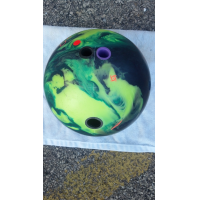 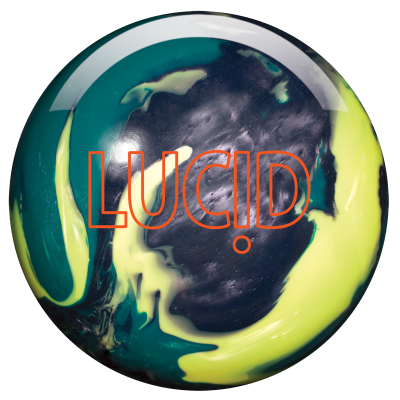 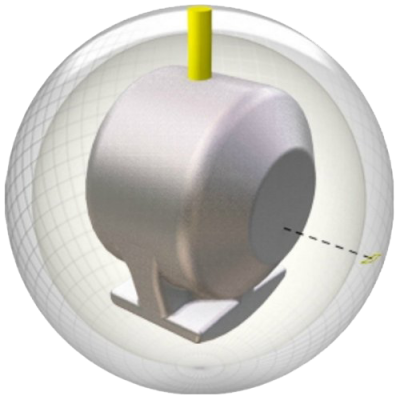