Storm told staffers to ignore the numbers and just throw it with an open mind, and the company was right.

With its new R4S solid coverstock and gigantic Iron Cross core, the symmetrical FIGHT is a fascinating ball that has led to some interesting chats among staffers.

For me, the FIGHT is like a less flippy version of the MARVEL-S. I find it to be an awesome control ball that goes very hard through the pins.

Other staffers totally disagree, saying they found theirs to be flippy.

So consider that as you read my review.

I chose a fairly strong drilling for my FIGHT, with the pin in my bridge (it hasn’t cracked even though my bridge is only 1/8) and the CG kicked right at about a 60-degree angle.

I have used the FIGHT on Kegel Boardwalk and Chichen Itza, PBA Viper and a house shot.

I have found the FIGHT to be very versatile: able to play down and in and also out and back.

With the MARVEL-S (pin under the middle finger with a 45-degree drilling angle in my current drilling, but multiple drillings in past versions) I have never been able to go direct up the lane — I always had to give it away at least a little bit.

With the FIGHT, I have been able to go direct down the lane and have it just roll up in the back-end. This comes in very handy on fresh Sport patterns where it’s easy to 2-10 or washout if you give the ball away too much.

This to me is the strength of the FIGHT, and where I have seen the best carry.

Yet when the lanes are open, I have been able to take a step left, send the FIGHT right and get it to return with heavy roll. The motion is not a flip and curve like the MARVEL-S is for me. It’s more of a sharp turn and then continue in that direction — aka a hockey stick move. It’s like you can see the FIGHT fighting to make that move and then suddenly it makes the hockey stick move.

The FIGHT was too much to be the best choice on Boardwalk and failed to produce enough reaction on a house shot with a ridiculous puddle in the middle. I have a hunch it would been OK if I had been able to it with a 500 Ab pad, but that’s against the rules once competition starts.

I might also consider the FIGHT to be a weaker version of the Roto Grip HAYWIRE.

I think the FIGHT will be a ball I mostly use on tougher shots on the fresh where you need some power but with control to stay out of trouble.

It also may have value in taming down wet/dry house shots so long as the grit matches the oil puddle.

I don’t think this will be a bad choice for any style of bowler, but I’m also not sure anyone will consider this one of the best balls they’ve ever bought.

Figuratively speaking, it’s less the hunk/starlet and more the dependable guy/girl next door. 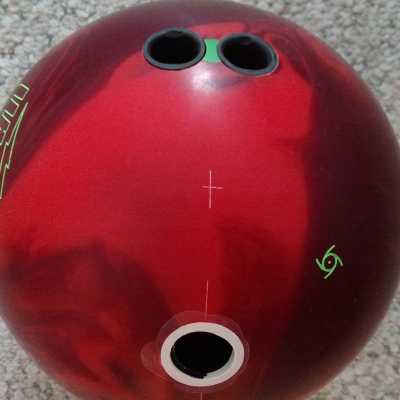 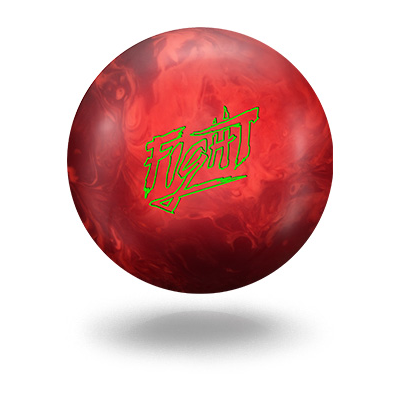 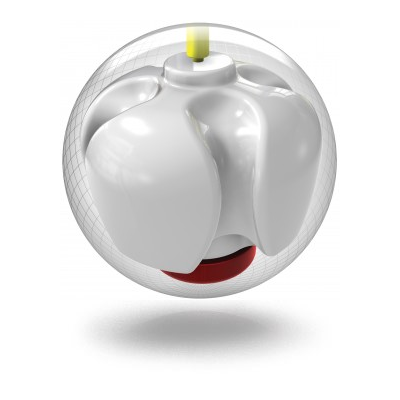