The PHAZE is a fascinating ball unlike any Storm or Roto Grip ball I have thrown in my two decades as a staffer.

The PHAZE rolls and hooks plenty, but there is no sharp move in its motion — just a gentle, continuous and very controllable curve (in my hands anyway).

The different motion for this Master line symmetrical comes from the combination of the new fast-revving Velocity core and AX-16 Pearl reactive coverstock.

The coverstock has drawn much interest thanks in large part to the video of Storm employee Chad McLean palming a 16-pound PHAZE. (This Raisin with a 3-operation wrist can’t hold my 14-pounder up parallel even using the holes!)

Yes, the coverstock is more tacky than typically seen, due to what Storm says is “a new additive that alters the texture of the surface, creating gripping power that refuses to step down.”

But I am more struck by the motion produced by the core: The PHAZE revs up quickly and a lot and keeps revving all the way down the lane.

But it’s not a revving that forces me to get my feet left and my angles open, which is usually the case for me. In fact, I have found that the PHAZE works best for me on outside angles playing a fairly direct line.

My first use of the PHAZE came on the 35-foot Kegel Boardwalk pattern playing that fairly direct line between 5- and 10-board. I lost count of how many shots I rolled where I was waiting for a jump through the face for a split and instead enjoyed a high flush hit.

The bad with that ball motion is that I left my share of weak 10-pins. But then I do that a lot with every ball at pushing 54 years old using 14-pounders with a rev rate and ball speed nowhere near what I once had!

I chose a moderate drilling I have had good success with, most notably in a FRANTIC.

The pin is in my middle finger and the CG is kicked right at around a 45-degree angle.

The cover comes 1,500 grit shined and before using it I did my standard rub with a 4,000 pad to knock a bit of the gloss off. (I almost never throw a shiny ball out of the box.)

And my initial assessment from that night on Boardwalk has not changed: The PHAZE works best for me playing a fairly direct angle from 10-board and out.

It gives me almost a urethane motion, but with resin. In that respect it’s invaluable as that is something very desirable at times, especially on short patterns.

It also helps tame down wet-dry house shots — if the coverstock is set to match up with the oil volume so it doesn’t overskid in the oil.

I have been able to get in and swing the ball and get it to return when that’s what the lane offers, but that certainly is not the strength of the ball for me — it’s when I really see the weak 10s.

However, I have seen others having great success wheeling the PHAZE — Dom Barrett shot a perfect game during last week’s TOC. Here is video of his final strike.

Again, I am pushing 54, have a creaky 3-operation wrist with little flexibility and use 14-pounders. Me leaving weak 10s is about as surprising as Jason Belmonte leaving solid 9s.

I think the PHAZE will be a great ball for anyone looking for controllable back-end reaction, especially high-rev players, and anyone looking to play out and direct.

If you’re looking for a ball with a skid-flip or hockey stick reaction, Storm and Roto have numerous balls with those motions that you should look to. 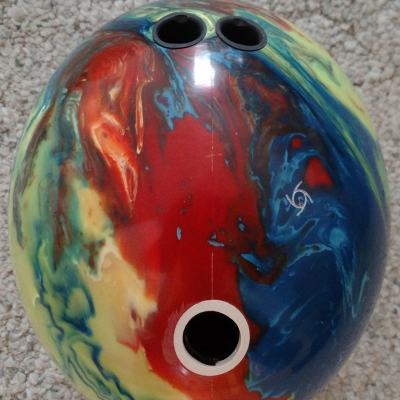 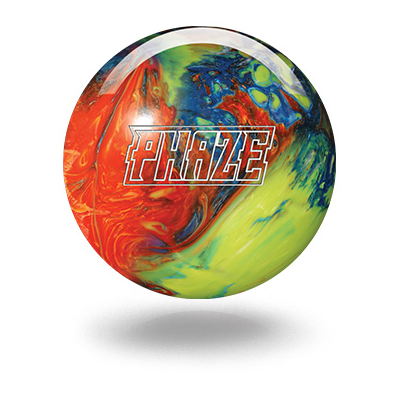