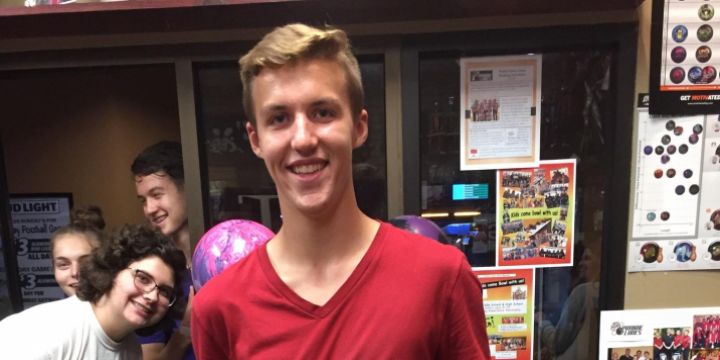 Andrew Olson after firing a 796 during the 2017-18 season. Photo by Prairie Lanes.
The United States Bowling Congress announced in this news release on Friday the national high average and high series awards for the 2017-18 season and it included a member of the Madison Area USBC. Andrew Olson had the high male youth average with 242.7 for 72 games in the Prairie Lanes Storm Majors League. Olson was part of the Sun Prairie High School team that would be in any discussion of the best of all time after finishing third, first and first in the U.S. High School Bowling National...