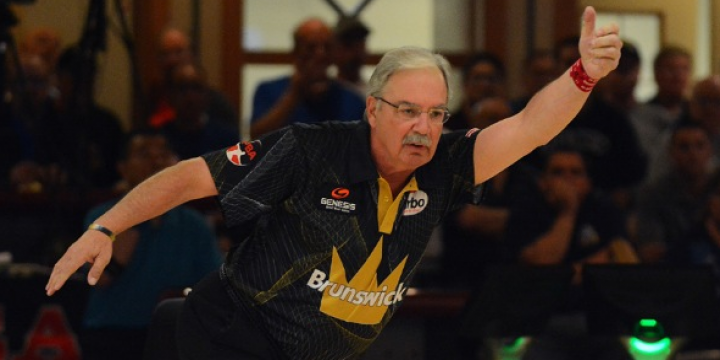 Johnny Petraglia leads the PBA50 National Championship after two rounds. Photo by Pro Bowlers Association.
Norm Duke set the bowling world on fire earlier this year when he won his 39th and 40th PBA Tour titles at age 54. Would it be more remarkable if Johnny Petraglia won a PBA50 Tour title at age 72? According to PBA50 Tour records, the late Jim Brenner of Iowa holds the record as the oldest player to win a title when he won in Klamath Falls, Oregon, in 2006 at 66 years and 358 days. Duke didn’t even set the record for oldest to win a PBA Tour title — John Handegard owns that one at...