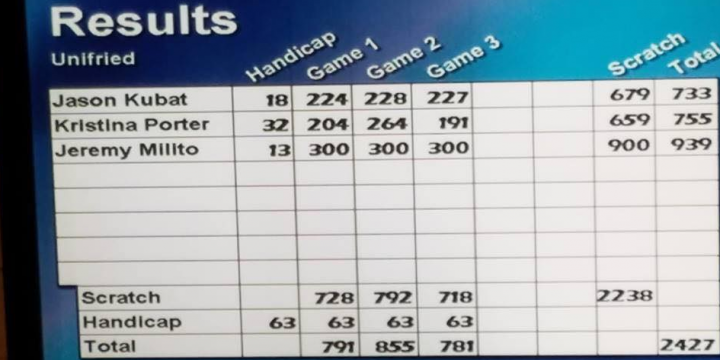 The scoring monitor for Jeremy Milito's 900 series. Photo from Facebook.

The scoring monitor for Jeremy Milito's 900 series. Photo from Facebook.
Jeremy Milito fired a 900 series at Farmingdale Lanes in Farmingdale, N.Y., on Long Island on Thursday night, according to multiple posts and videos on social media. The left-handed EBI staffer used a Hammer WEB TOUR on the left lane and a Columbia 300 SPOILER on the right lane. His final three strikes were high flush, as seen in this video by teammate Jason Kubat. Milito, whose prior career high series was 878 (278-300-300), said in a message that his most significant win was the 2018 Fall...