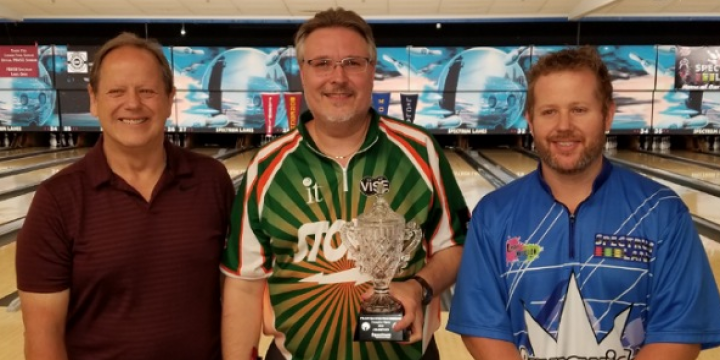 Eugene McCune, center, after winning the PBA50 Spectrum Lanes Open on Sunday. Photo by Pro Bowlers Association.
You could toss out a myriad of clichés to capture Eugene McCune’s victory Sunday in the PBA50 Spectrum Lanes Open presented by DV8: “I’d rather be lucky than good”; “Bowling isn’t fair’; “Every dog had his day”; and so on. But McCune captured it best after beating Walter Ray Williams Jr. 215-201 in the semifinal match and then Lennie Boresch Jr. 230-178 in the title match to win his second PBA50 Tour title. “I don’t...