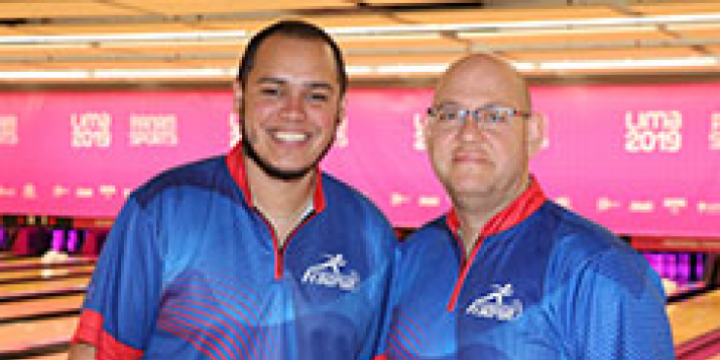 Cristian Azcona, left, and Jean Perez, right, of Puerto Rico. Photo by United States Bowling Congress.
Puerto Rico’s Jean Perez has appealed the positive drug test that resulted in the stripping of the gold medal he and teammate Cristian Azcona won in doubles at the Pan American Games in July, according to this story in a publication in Puerto Rico. I detailed the positive test and stripping of the medal in this story last month. PanAm Sports said Perez tested positive for chlorthalidone, which is a diuretic used as a medication for high blood pressure, but is classified by WADA as...