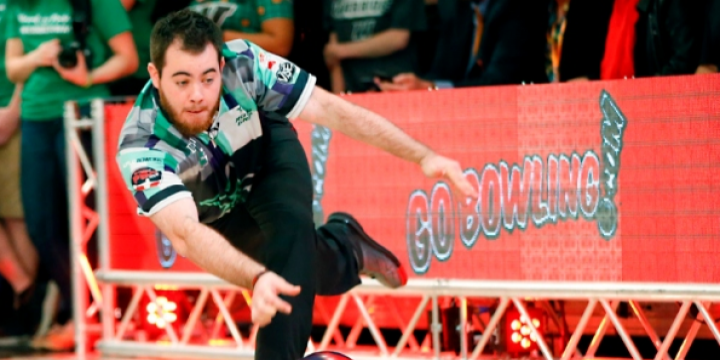 Anthony Simonsen. Photo by Pro Bowlers Association.
Anthony Simonsen said in a message exchange that he was declining the spot he earned in the PBA China Tiger Cup Invitational Nov. 19-22 in Suzhou, China, elevating Kyle Troup into the tournament. Simonsen didn’t answer when asked why he was declining his invitation. PBA previously reported in this Spare Shots news release that he was declining the invitation because of a prior business commitment.  The top eight points earners in the PBA Summer Tour earned the expenses-paid spots...