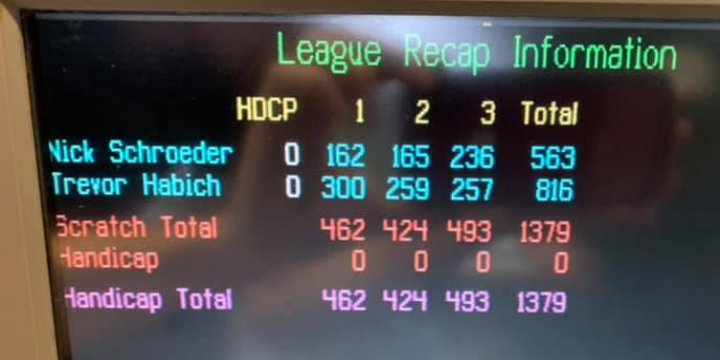 The Ten Pin Alley scoring monitor for Trevor Habich's 816 on Tuesday. Photo from Facebook.
Trevor Habich fired an 816 series that featured a perfect game, John Lehan an 807, Taylor Foertsch a 725 that included a 297, Mary Lo 717, and Shaun Taliaferro and Ron Tubbs slammed perfect games to highlight Madison area bowling on Tuesday. Competing in the Ten Pin Alley Fifth Quarter League, Habich opened with his second career 300 and the first at Ten Pin this season, then added games of 259 and 257 for his second career supernational. Lehan chained games of 267, 278 and 262 for his 807 in...