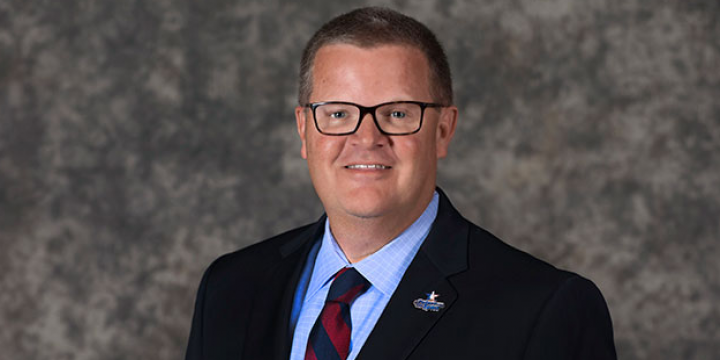 In a move that should surprise no one who follows the United States Bowling Congress closely, USBC on Monday announced that the Board of Directors has agreed to a contract extension with Executive Director Chad Murphy through the end of 2024.

This story in 2018 detailed how the USBC system produces a Board of Directors of mostly hand-picked candidates that hires, supervises and fires the executive director — one that enabled Murphy and his camp to consolidate power while keeping out those who express dissenting views.

That is the characterization provided to 11thFrame.com by a multitude of former USBC employees, bowling industry insiders, and proprietors and bowlers who have dealt with Murphy and USBC under him.

Numerous highly regarded employees have left USBC since he was named executive director in June of 2014. Two of those former employees — Neil Stremmel and Steve Wunderlich — and former USBC Board candidate Jonathan Burke went on the record in the story detailing Murphy’s bullying behavior as Executive Director.

Others agreed to be quoted so long as they weren’t named, even though doing so could threaten their positions in bowling if their identities were somehow learned.

As I detailed in the story, I had personal experience with Murphy’s bullying tactics, most notably in a 3-hour phone call he initiated one night several years ago. Murphy alternately tried to bribe me and bully me to be on USBC’s side in my coverage. He promised USBC social media would be used to build my subscriber base to 10,000 — I have consistently been a little above or below 1,400 — and he threatened to cut me off of all information (which eventually happened for any information beyond public news releases and conference calls). He also tried to cajole me into the view that my support would help bowling.

While other media entities in bowling may become partners with industry organizations such as USBC, no professional journalist adhering to the type of ethical standards laid out by groups like the Society of Professional Journalists (which I am a member of) would ever do so.

USBC under Murphy has notably become known for its lack of transparency on everything from secret task forces to hiding lane patterns, when it's a quasi-governmental organization that should be open with its members, as bowlers have no choice but to be USBC members in order to compete in certified competition.

A prime example is the decision announced last September to ban all former USBC employees from serving on the USBC Board, which came with no explanation and no response to questions asking why.

But I’ve seen no evidence that the Board is anything but pleased with USBC’s direction under Murphy and fully expected his contract to be extended.

The Board can include up to 20 members, but 18 currently are listed at BOWL.com. Nine are or were state or local association officials (one TNBA), five are proprietors, and four are Team USA athletes, which is from the United States Olympic Committee requirement that 20 percent or more of a NGB Board must be Team USA athletes. Murphy can exert influence on them because USBC decides which Team USA players compete in which (if any) international events, other than the World Cup, which automatically goes to the male and female winner of the Team USA Trials.

According to USBC's most recent Form 990 for 2018, Murphy's total compensation from USBC and related organizations has increased to more than $400,000, not bad for someone without a college degree leading an organization whose membership has declined every year of his tenure.

"Through Chad Murphy's leadership, USBC has continued to deliver more new initiatives and greater value for our members," USBC President Karl Kielich said in this USBC news release. "I am especially proud of the stronger relationships developed between USBC and our association leaders, as well as the bowling industry. The USBC Board of Directors has great confidence in the staff, and this extension shows our desire to continue this positive trajectory for years to come."

While the news release listed USBC "major new initiatives" under Murphy, my 2018 story listed many of the missteps during his tenure.

USBC said the Executive Director serves as an officer of the corporation and has overall operational responsibility for staff, programs, finance and execution of the strategic plan.

Murphy first joined the International Bowling Campus in 2010 as Director of Youth for the Bowling Proprietors' Association of America. He became IBC Director of Youth Development in 2011, at which time he also assumed management of USBC's youth programs.

Murphy was hired as interim executive director in February 2014, lost the interim tag that June, and agreed to a 3-year contract extension in 2017, that now is being extended with the new deal.