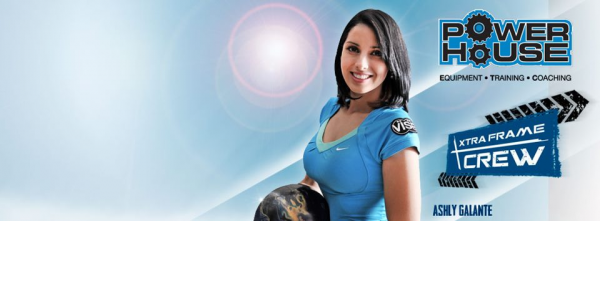 Ashly Galante is the new sideline reporter for Xtra Frame. Photo by PBA.

Ashly Galante is the new sideline reporter for Xtra Frame. Photo by PBA.
If you don't watch PBA's Xtra Frame online channel you might have no idea who Jackie Bowling is. For those of us who watch Xtra Frame webcasts — I wish I had time to watch a lot more than I do — Jackie Bowling and announcer Mike Jakubowski are as familiar as Randy Pedersen is to those who watch the ESPN broadcasts of PBA events. So when one of them is replaced, it's news. Such was the case Thursday as PBA put out this news release announcing that it is "partnering with...