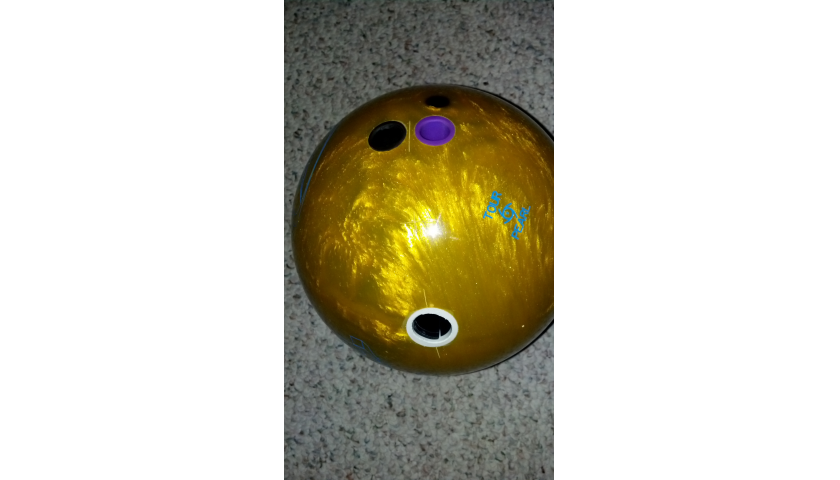 My IQ TOUR PEARL.
The gold ball — Storm's new IQ TOUR PEARL — was golden for our Storm Nation team at the Henry Hitter 3-Man Tournament at Bowl-A-Vard Lanes on Saturday. Derek Eoff, Mike Steil and myself used the new nugget almost exclusively — Steil used a MODERN MARVEL about half of the day — in winning the $1,800 first prize. The day just confirmed what I said in my review of the IQ TOUR PEARL: that it may be one of the greatest house shot balls ever. The IQ TOUR PEARL rolls...