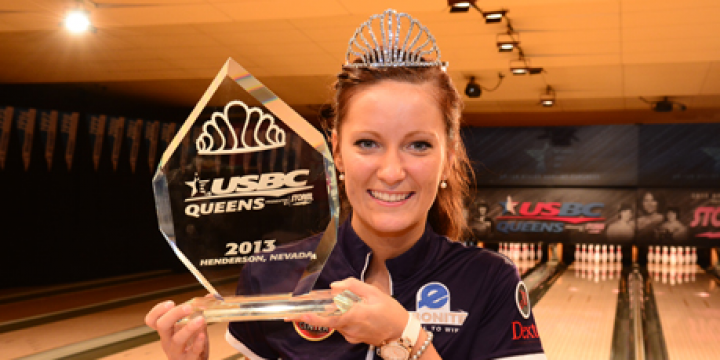 2013 USBC Queens champion Diana Zavjalova. Photo by United States Bowling Congress.
Diana Zavjalova and Lucy Sandelin are set to defend their United States Bowling Congress Queens and Senior Queens titles, respectively, starting Saturday at the National Bowling Stadium in Reno. The stepladder finals of the Queens will be televised live on ESPN2 on Thursday at 6 p.m. Central time — indoors at the Stadium. "I have been preparing for the Queens very similar to the way I did last year, except I've been working harder because I know everyone is getting better, and I need to...