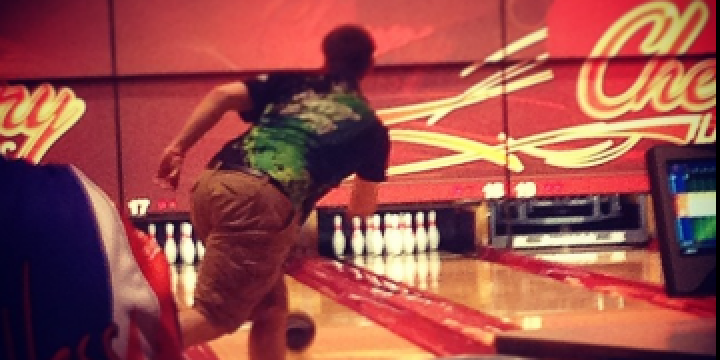 Matt Gasn won the GIBA 11thFrame.com Open on Sunday. Photo by Jackie Carbonetto.
DUBUQUE, Iowa — Matt Gasn grabbed the lead early in Sunday’s 12 games of semifinals at the 2014 GIBA 11thFrame.com Open, extended it to more than 200 pins and then held on until the last game, when he fell to third as Jonathan Schalow and Brad Miller surged by him. By that time, those three players and several others in the 43-player field were lofting the left gutter cap, some to an extreme degree and none more so than Schalow, who was nearly Brian Valenta-esque as he surged to...