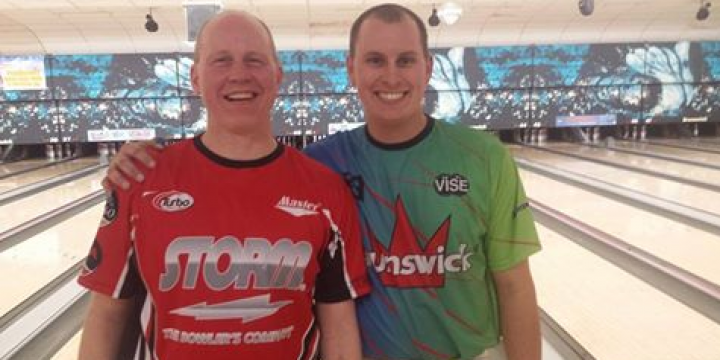 Photo by Terry Kulibert.
I’ve always joked — with some seriousness — that the key to being a champion is to be a good bowler and the worst bowler on your team. Or at least be on a team where you can you have a decent day and be the worst guy on that day. That’s certainly served me well since I was barely out of my teens and Terry Kulibert wanted to bowl doubles with me when Gary Daroszewski went on the PBA Tour and it led to me joining Rich Wonders’ incredible Kendor...