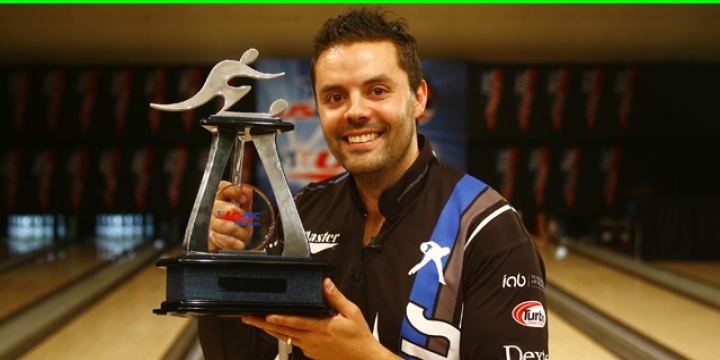 Jason Belmonte with the 2013 USBC Masters trophy. Photo by United States Bowling Congress.
No one has ever won the United States Bowling Congress Masters three straight times. Only two players in history have won the PBA’s Grand Slam — the USBC Masters, PBA Tournament of Champions, U.S. Open and the PBA National/World Championship. After Friday’s first day of double-elimination match-play at the 2015 USBC Masters, Jason Belmonte is in strong position to do the former and Pete Weber is in strong position to join Mike Aulby and Norm Duke in doing the latter....