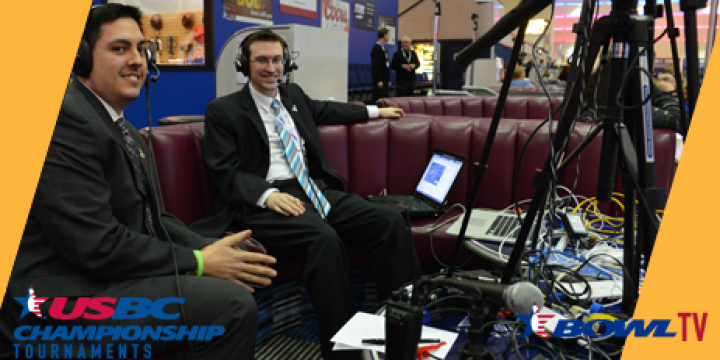 The USBC webcasting team of Matt Cannizzaro, left and Aaron Smith. Photo by United States Bowling Congress.
When the Scroggins brothers decided to form a 2-team group of all lefties for the 2015 United States Bowling Congress Open Championships, I wrote that I hoped USBC would webcast their team event. I am very interested to see how they attack the lane pattern — the patterns will be released a couple of days before the tournament opens on March 7 — and how they adjust with 10 lefties on a pair, something I’ve never seen. Luckily for bowling fans, the Scroggins’...