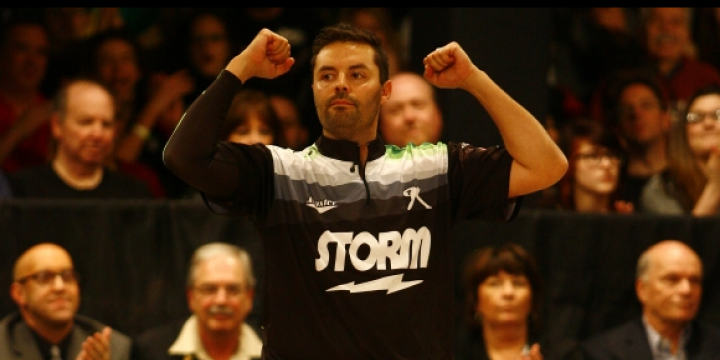 Jason Belmonte. Photo by Pro Bowlers Association.
Considering the way he has been dominating bowling, it should come as no surprise that Jason Belmonte of Australia won the Best Bowler ESPY Award for the second time during the 2015 ESPY Awards on  Wednesday in Los Angeles. Of course, the fact that fan voting determines the ESPY winners may work against Belmonte, who has plenty of detractors over his devastating 2-handed style. Belmonte, who won his first ESPY in 2011, won the two majors held in 2015: the United States Bowling Congress...