The 11th Frame: Surprising success of new PWBA Tour doesn’t mean a 'real' PWBA Tour is coming — and that may be a good thing
JEFF RICHGELS | Posted: Wednesday, September 9, 2015 8:00 am 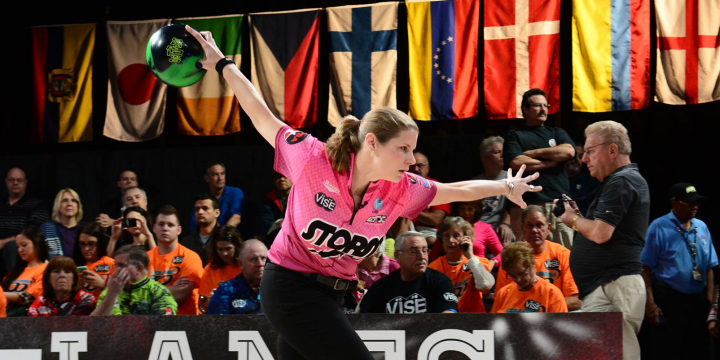 PWBA spokeswoman Kelly Kulick. Photo by Pro Bowlers Association.
When the re-launch of the Professional Women’s Bowling Association was announced last fall, the obvious concern was entries. I was among those who worried the PWBA might not be able to attract more than 30 or 40 entries, though the guarantee of a set number of cashers regardless of field size and three years of PWBA competition mitigated some of those concerns, as I reported in this story headlined “Why the new PWBA may last under BPAA, USBC.” “If 16 folks show up...