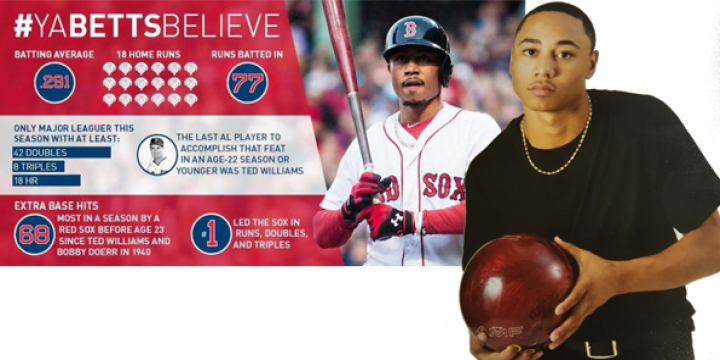 Mookie Betts with the Boston Red Sox and a bowling ball. Photo illustration by Pro Bowlers Association.
The most striking thing — multiple puns intended — about Mookie Betts is how humble he is. But that makes sense being that he is a professional in a sport many consider the most humbling of all, where succeeding just three times in 10 makes you a star, and where bravado seen as too overt often leads to bench-clearing brawls and/or a pitch at the head in a later plate appearance.   The 23-year-old centerfielder of the Boston Red Sox broke into the majors in 2014 and has hit...