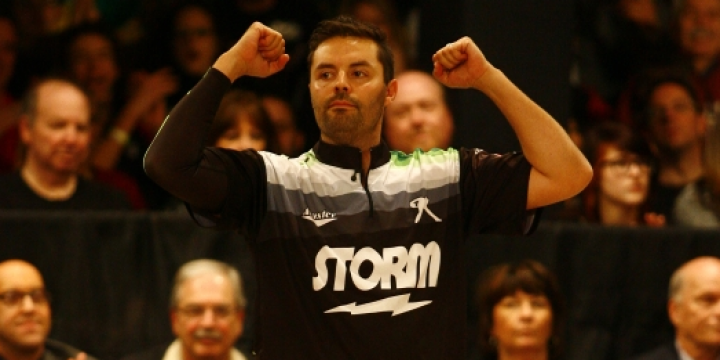 Jason Belmonte after winning the 2014 USBC Masters. Photo by United States Bowling Congress.4
Barring an almost unimaginable finish to this season by Bill O’Neill, Jason Belmonte is going to be PBA Player of the Year for the third straight season. He is the best player in the world because he has the most devastating combination of power and shotmaking in the history of the sport. His fundamentals are as good as the best traditional players. Go back and look at his game when he first started competing on the PBA Tour and you will see how much he has improved his game —...