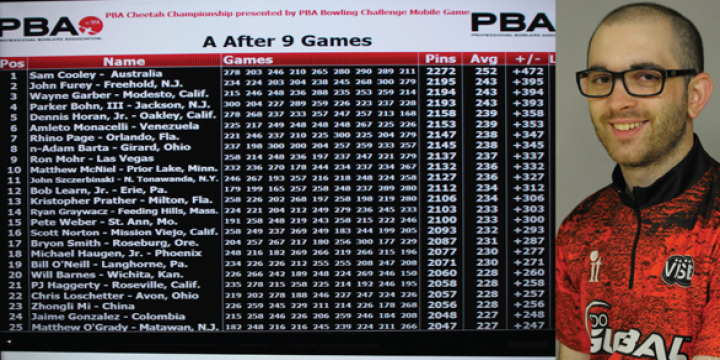 Sam Cooley with the Cheetah Championship leaderboard. Photo by Pro Bowlers Association.
If you told bowling fans that an Australian would lead the qualifying for the PBA Cheetah Championship presented by PBA Challenge Mobile Game, most would naturally think of World No. 1 Jason Belmonte.  The only thing that might make them pause is that the two-handed Belmonte’s strength isn’t short patterns like the 35-foot Cheetah. But then who would they name? Those who follow bowling closely probably would say young Sam Cooley, and they’d be correct as Cooley was the...