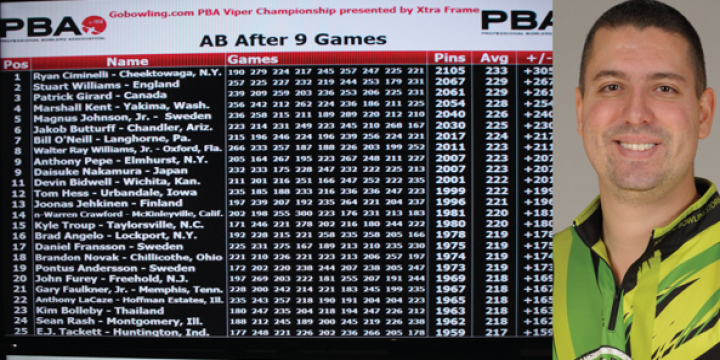 Ryan Ciminelli with the Viper Championship leaderboard. Photo by Pro Bowlers Association.
Coming into the fall, Ryan Ciminelli was just one of many solid champions who compete on the PBA Tour. Then the DV8 staffer won the PBA Xtra Frame Las Vegas Open in a stellar Fall Classic and followed up with a dominating win in the Bowlmor AMF U.S. Open for his third and fourth PBA Tour titles. Suddenly, he was IBMA Bowler of the Month twice in a row and the hottest bowler on the planet. That hot streak continued Wednesday at GEICO World Series of Bowling VII at the National Bowling Stadium...