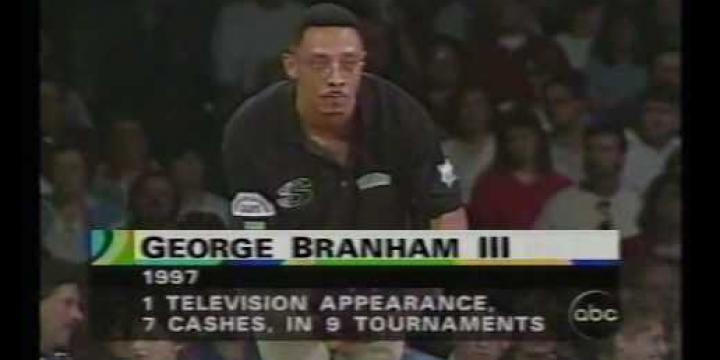 George Branham III during his PBA Tour career. Photo from YouTube.
On Thursday night, George Branham III was at home in Indianapolis watching TV trying to find a basketball game at about 7 p.m. Eastern time. “Then I looked up,” the 5-time PBA Tour champion said in a phone interview, “and I said, ‘Bowling! What is that doing on?’ The show was just starting. They were talking about the guys who made the show and those who missed the show, and they were showing different clips of match-play and stuff. “And then they mention...