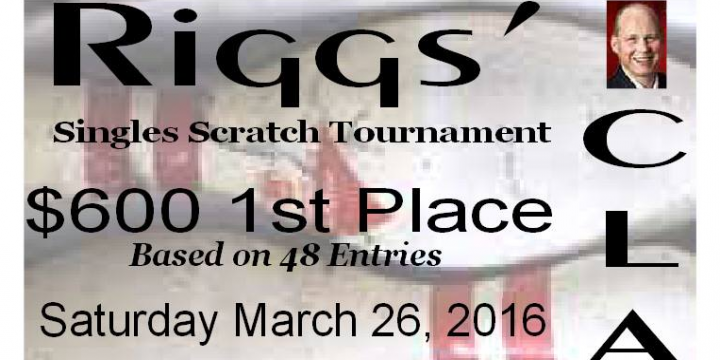 The fourth annual 2-pattern Riggs Classic is set for Saturday, March 26 (the day before Easter as always) at 11 a.m. at Badger Bowl in Madison.

Our plans include two new lane patterns as well as added money: $200 from 11thFrame.com and some from Badger Pro Shop, either in cash or from ball raffles.

The tournament was conceived by the great folks at Badger Pro Shop after I talked up the challenge of two-pattern tournaments.

Tony Oliva won the inaugural tournament, which featured three games of qualifying on two Kegel Challenge patterns, the 37-foot Broadway and 45-foot Route 66, followed by a stepladder finals with Broadway on the left lane and Route 66 on the right lane.

And I won last year, which featured each pair with Mike Flanagan’s 44-foot InsideBowling.com pattern from 2014 on the left lanes and the 34-foot World Bowling Stockholm pattern on the right lanes.

The plan for this year is to use the two new World Bowling patterns that were used at the 2016 Team USA Trials. The 45-foot Rome pattern would go on the left lanes and the 37-foot Melbourne pattern on the right lanes. The PDFs of the patterns are attached to the bottom of this story.

Update: The patterns will be available for practice on Tuesday, March 22 starting at 5 p.m.

Rome looks challenging but not brutal, and Melbourne looks like a short pattern that actually plays outside 5-board, whereas too many short patterns play more between 5- and 10-board.

We plan to test the patterns on Badger’s lane surface to see how they play before making a final decision. I’ll update this story when the determination is made.

The format again will be 6 games of qualifying with the top four advancing to a stepladder finals with under 40 entries.

The entry fee is $40 and first will pay $600 based on 48 entries with the added money hopefully allowing us to improve the cash ratio of 1-in-5.

Hopefully the added money also will improve entries, which fell from 38 in 2014 to 28 in 2015, when there were some conflicting events the first weekend of April and people were at the USBC Open Championships and State Tournament.

Youth bowlers can compete, with any winnings paid to SMART accounts.

For those bowling in multi-pattern tournaments, here is a primer from USBC.