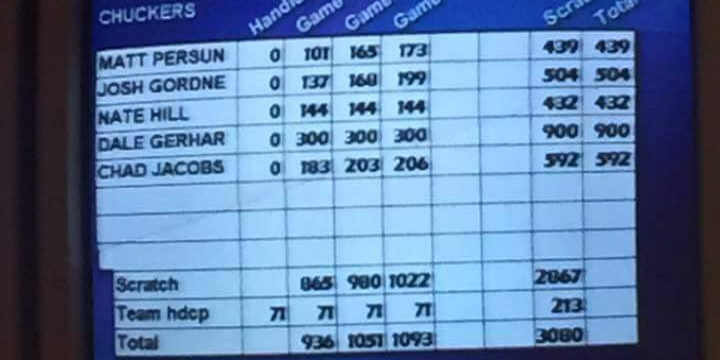 The scoreboard for Dale Gerhard's 900. Photo from Facebook.
After nearly a year without a 900 series, a Pennsylvania bowler fired the second in about 48 hours, according to YouTube videos Tuesday and confirmed by the United States Bowling Congress in this news release Thursday. Dale Gerhard, a 59-year-old right-hander, fired the 900 on Tuesday using a Storm CRUX PEARL in the Inter-Community League at Harvest Moon Lanes in Linden, Pennsylvania, becoming the oldest with a 900. Mark Wukoman of Greenfield in 2006 and Joe Scarborough of Charlotte, North...