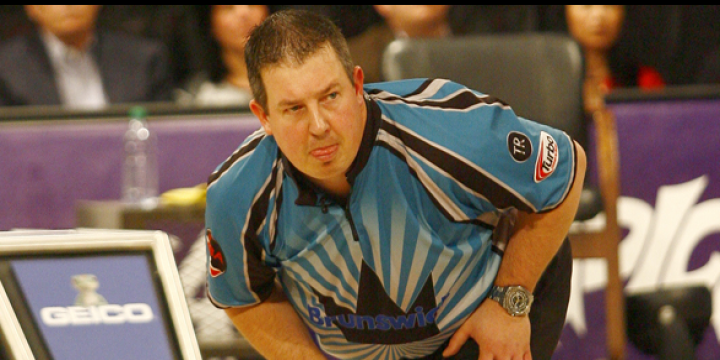 Tom Smallwood at the 2014 USBC Masters. Photo by Pro Bowlers Association.
Tom Smallwood took the lead, but the potentially biggest news in Wednesday’s second round of the FireLake PBA Tournament of Champions was Jason Belmonte making a huge charge. While Smallwood is chasing his second major title, Belmonte is chasing history as he aims to join Jason Couch as the only players to win the TOC three straight times. Belmonte was buried in 48th place in the 77-player field after a 1,682 in Tuesday’s first 8-game qualifying round, but on Wednesday he rolled...