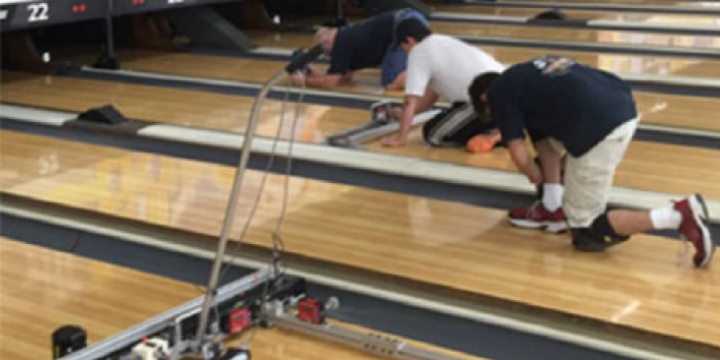 Technicians working to level lanes. Photo by United States Bowling Congress.
Even the most vociferous critics of the United States Bowling Congress must admit that the organization deserves a standing ovation for its emphasis on lane topography for its major events. The most visible example is the lane leveling work that was done before the 2015 Bowlmor AMF U.S. Open at host center AMF Garland, which I detailed in this story. After the folks at Kegel and Lane Analytics spent hours explaining lane topography and its importance to me so I could attempt to explain it in...