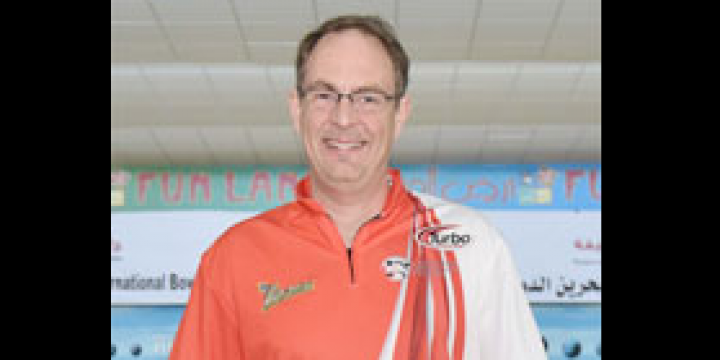 Mike Koivuniemi. Photo from Asian Bowling Federation.
The PBA International-World Bowling Tour 14th Kingdom of Bahrain International Open headed to its final day Wednesday with 18 players alive. Six players advanced from Tuesday’s Round 3 to join the players who finished 7th through 12th in qualifying in Round 4. The top six from Round 4 will join the top six qualifiers in Round 5, with the top three from Round 5 advancing to the stepladder finals. The top six qualifiers were Ahmed Alawadhi of Bahrain with 2,970 for 12 games that includes...