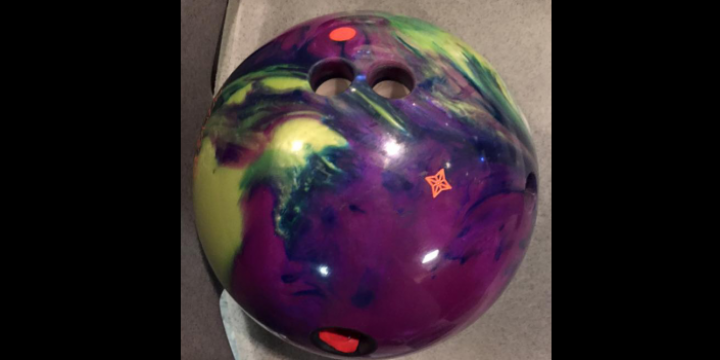 Derek Eoff's Roto Grip HYWIRE. Photo by Derek Eoff.
Derek Eoff fired an 813 series for his third supernational of the season to highlight Madison area bowling over the weekend. Competing in the Waun-A-Bowl Couples League, Eoff opened with a 298 game, leaving a pocket 7-10 on his fill ball to miss his sixth perfect game of the season, then added games of 257 and 258. Eoff was using the new Roto Grip HYWIRE, which he called “ridiculous” and said reminded of him of the IQ TOUR PEARL. Jim Salzman was next with 770 in the Sport Bowl...