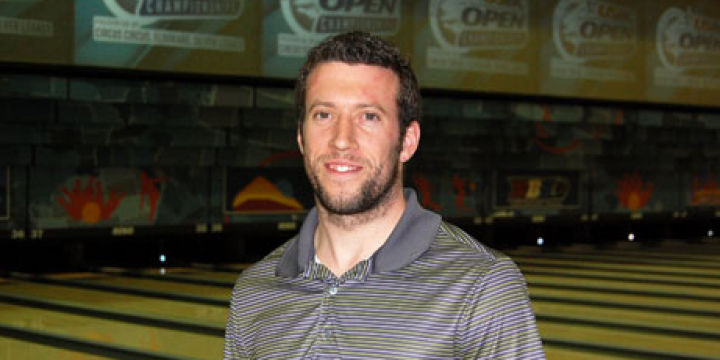 Robert J. Bures. Photo by United States Bowling Congress.
As is often the case early in the United States Bowling Congress Open Championships, new leaders have emerged frequently, although perhaps not on quite the near-daily basis of this year. However, prior to Tuesday I didn’t think a score had been shot that had a decent chance of winning an Eagle. That changed when Robert J. Bures and his teammates took to lanes 21-22 for minors at the National Bowling Stadium on Tuesday. Bures had helped Wickliffe Lanes into the team lead on Monday with...